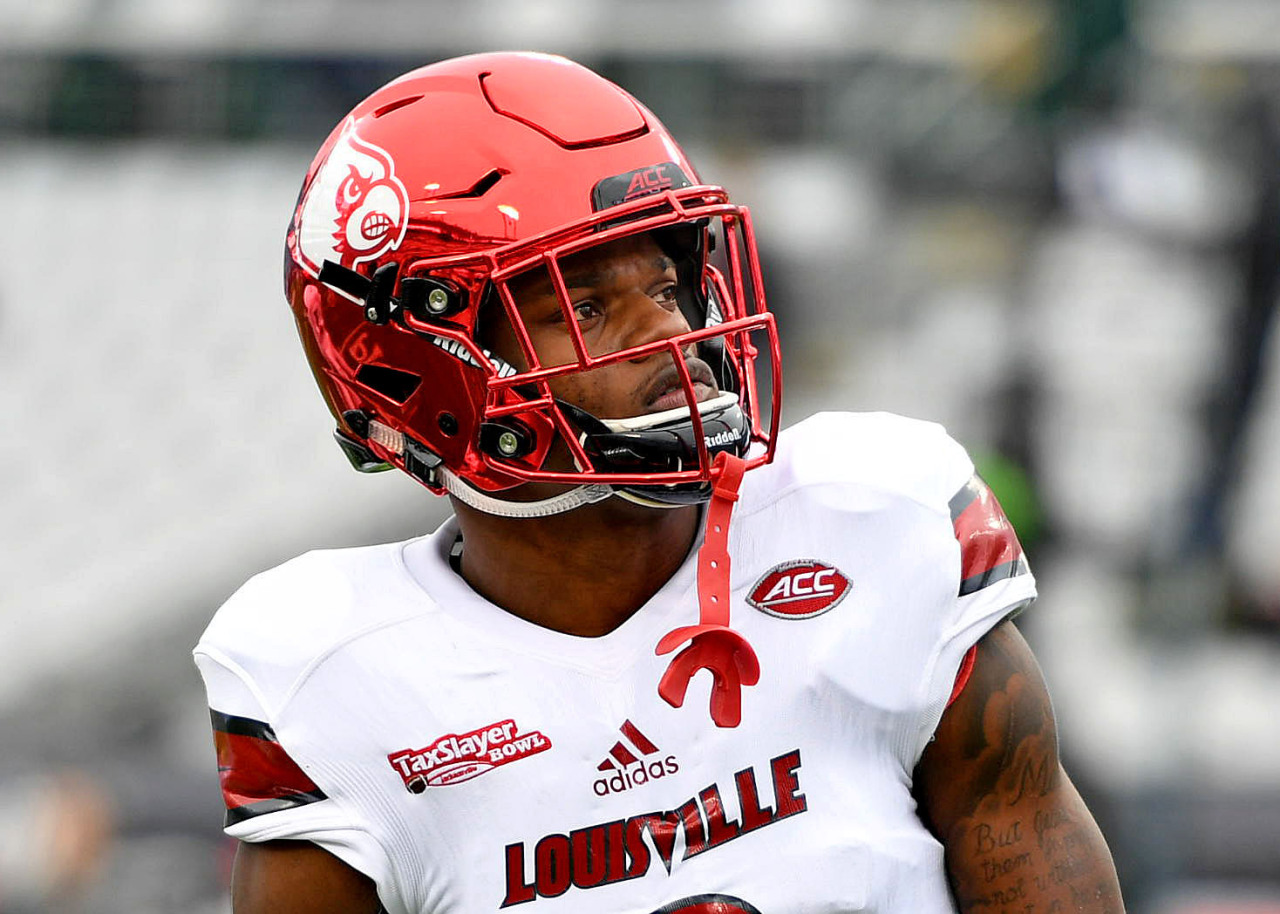 What do scouts, general managers, and organizations look at when deciding to draft a professional football player? The first thing is talent. Can this player make my football team better? When you look at Louisville quarterback Lamar Jackson, talent pops off the screen. So why is he being overlooked, undervalued, and picked apart within this draft class?

The problem with Jackson is that there is a negative aura of having an African-American quarterback and he just so happens to be African American.

Jackson was arguably the greatest collegiate quarterback since Johnny Manziel. In just three seasons, Jackson threw for more than 9,000 yards and 69 touchdowns. In 2016, he was responsible for 51 total touchdowns and won the Heisman Trophy. During his career at Louisville, Jackson went 25-14 including a bowl victory in 2015.

He can run, too. Last season Jackson rushed for more than 1600 yards and scored 18 touchdowns on the ground. At the Combine, Jackson ran a 4.34 40-yard dash, eerily similar to a former talented quarterback. His talent on the ground is reminiscent of Michael Vick. Need I remind everyone that Vick was a four-time Pro Bowler and holds NFL quarterback records in single-season rushing yards as well as career rushing yards?

In short, Jackson can throw, run, and win at a high level. There’s no denying that. The question is why there is a sense that teams are skeptical about giving him a chance.

African-American quarterbacks have to work twice and have to produce greater stats just to be in the running as a top overall pick. Sure players such as Cam Newton, Jameis Winston, and Robert Griffin III were top picks in the draft. But the negative connotations that come with these players that is troubling. Utterances of these players as just scramblers or “unable to go through progressions” smear these players’ names and critics such as Steve Palazzolo give an unbiased take on Jackson. Simply put, Jackson doesn’t fit the description as just a scrambler unable to go through progressions.

This brings us to the upcoming NFL Draft. There are five quarterbacks who have top draft pick potential. Jackson is one of the five, but in most mock drafts he’s listed as the last of the bunch. Players listed ahead of him include Josh Allen and Josh Rosen. Neither player has won as many games as Jackson, who won 23 games at Louisville. Allen won 16 games in three seasons and Rosen won 17 games respectively.  Jackson won the Heisman Award, unlike both quarterbacks, and won a bowl game, unlike Josh Rosen.

Analysts argue mainly three things about Jackson’s game: his accuracy, his mechanics, and his size. Many experts including longtime general manager Bill Polian critiqued Jackson for his size and accuracy. Polian suggested that Jackson move to wide receiver as other quarterbacks have in the past. Players such as Terrelle Pryor, Braxton Miller, and Brad Smith all transitioned from quarterback to receiver. There is a fascinating similarity between these players and Jackson. They’re African American quarterbacks. Polian’s reasoning was that Jackson was “short and a little bit slight, clearly, clearly not the thrower that the other guys are. The accuracy isn’t there.” Really?

Jackson’s completion percentage increased every year at Louisville. Last season he completed 59.1% of his passes, which is respectable considering the talent he had around him at Louisville. Similarly, Josh Allen had a weak supporting cast at Wyoming. With weak surrounding parts, Allen completed just 56% of his passes. He threw for fewer yards and total touchdowns than Jackson. So why is Allen above Jackson?

Perhaps it’s Jackson’s mechanics. Sure Jackson has gaps of inconsistency, yet so does the other four quarterbacks ahead of him. Josh Rosen had plenty of underwhelming performances while at UCLA.  He had four games in which he had worse than a 59% completion percentage and had three games where he threw multiple interceptions. Reports compare Jackson’s mechanics to Eagles quarterback Carson Wentz. Whether it was dipping the ball too low or questionable footwork, Wentz experienced the same issues. Still, he was selected second overall in the 2016 Draft and was an MVP candidate last season.

It must be the size, right? Jackson stood 6’3, 211 pounds during his junior year. At the combine there were reports he was up to 220 pounds, having gained more than 10 pounds of muscle. Baker Mayfield is just 6’1 and weighs 209 pounds. Is it reasonable to rank Mayfield higher than Jackson?

It may be a coincidence, but there is a striking similarity between all these quarterbacks excluding Jackson. They’re white! It may be uncomfortable to admit, but Jackson has more talent than any of the other four candidates. He has better accuracy than Josh Allen, better size than Baker Mayfield, and mechanics similar to an MVP candidate.

The NFL has had a long history of not taking chances on African-American quarterbacks. Warren Moon was a collegiate icon who proved he could throw, run, and win. Sound familiar? He went undrafted (in 10 rounds) and took his talents to the Canadian Football League where he won five straight CFL Grey Cup championships as well as two Grey Cup MVPs.

It took all of these accolades for the Houston Oilers to finally give him a shot. Moon was a clear NFL talent the whole time — winning Offensive Player of the Year in 1990, becoming a nine-time Pro-Bowler, and eventually being the first African American quarterback to be inducted into the NFL Hall of Fame solidifies such.

With that said, what’s the problem with Jackson?

The answer is that nothing about Jackson is concerning, other than the negative aura of having an African-American quarterback. It’s difficult to think about and even harder to talk about. Nevertheless asking the question is necessary and more importantly, an answer and solution must follow.

If that day ever does come, it would be a turning point of more opportunities for African Americans quarterbacks, like Lamar Jackson, to get a legitimate chance and a fair look. Being just as talented than the rest of the class, the question is whether teams take Jackson at the appropriate pick or if he’s picked before any of the other top four quarterbacks!