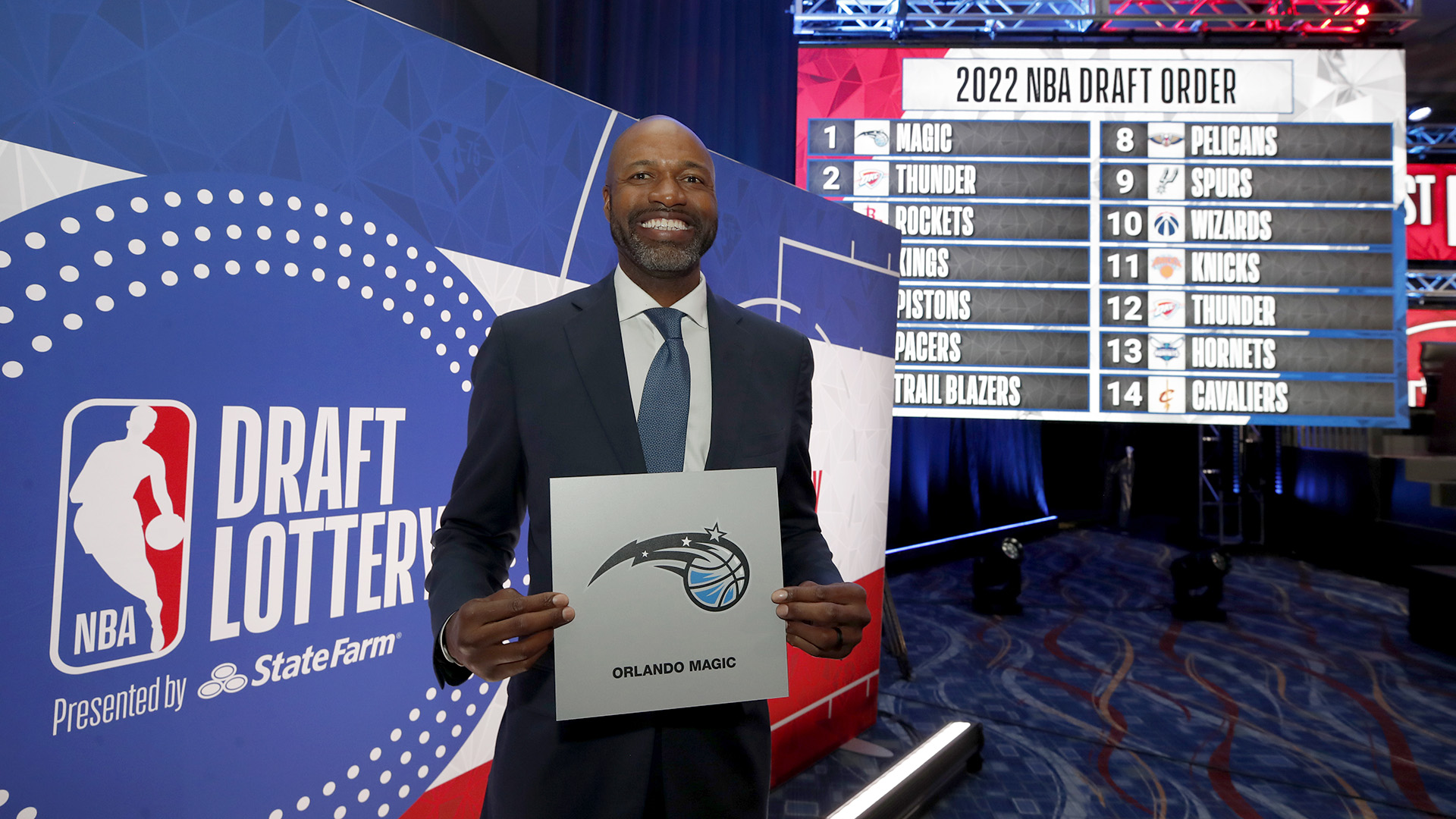 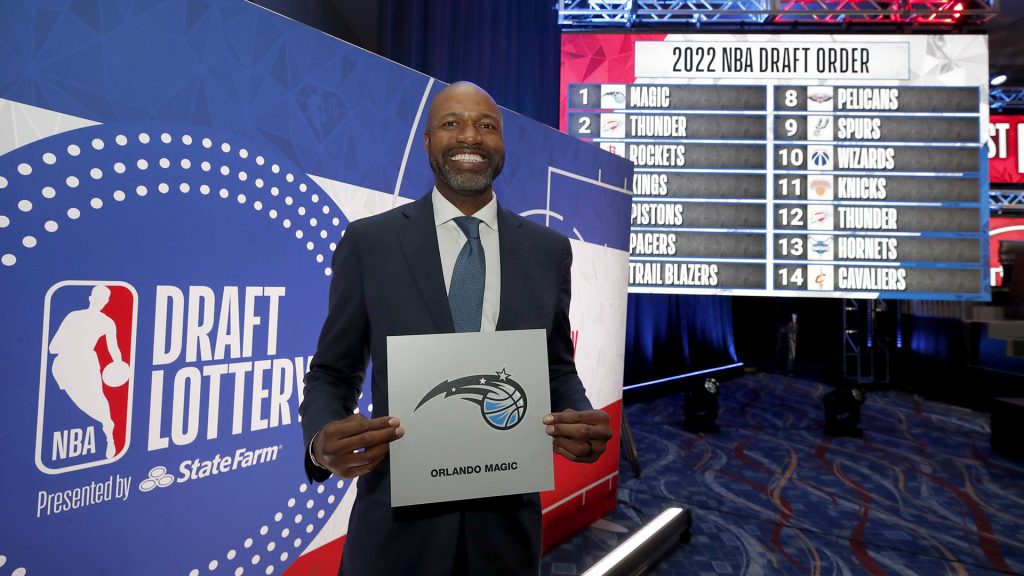 CHICAGO,IL – MAY 17: Head Coach Jamahl Mosley of the Orland Magic smiles after they get the 1st overall pick in the NBA Draft during the 2022 NBA Draft Lottery at McCormick Place on May 17, 2022 in Chicago, Illinois. NOTE TO USER: User expressly acknowledges and agrees that, by downloading and or using this photograph, User is consenting to the terms and conditions of the Getty Images License Agreement. Mandatory Copyright Notice: Copyright 2022 NBAE (Photo by Jeff Haynes/NBAE via Getty Images)

The NBA Draft Lottery took place Tuesday as the Orlando Magic landed the #1 overall pick. For the upcoming draft, there are three players that are in the mix for the best prospect. Gonzaga big man Chet Holmgren, Auburn forward Jabari Smith, and Duke forward Paolo Banchero will likely be drafted within the top-3. However, where these players land is still very much in the air.

The Oklahoma City Thunder, who have 17 first-round picks in the next five years, earned the #2 pick as well as the #12 pick. The Houston Rockets, who picked Jalen Green second overall in the 2021 draft, will select 3rd in this year’s draft.

With three prospects all forwards, let’s look at their strengths, weaknesses, and possible fits within the top three selections.

According to Adrian Wojnarowski, the consensus right now is that Chet Holmgren or Jabari Smith are the favorites to be the first overall pick. Holmgren has unique skill for his 7-foot frame, with the potential to be an NBA Defensive Player of the Year candidate. Holmgren’s shot-blocking prowess would be welcomed in every NBA locker room and his willingness to switch off screens is a major plus. The 20-year-old freshman is polished in the paint, with more room to grow on the perimeter. A willing passer, Holmgren just scratched the surface at Gonzaga and would be drafted more on ceiling than what he’ll bring Day 1.

Jabari Smith is the most NBA-ready prospect in the class. Smith stands at 6’10 and has all the makings of the league’s newest All-Star. His long frame makes his shot nearly unblockable and that’s a huge problem for defenses as he sunk 43% of his three-pointers last season at Auburn. While his ball handling must improve at the next level, Smith’s high-energy meshes well with his skill, making him an easy selection for any team within the top-3.

Paolo Banchero is the prototypical stretch-four in the modern NBA. Banchero is a great ballhandler, a willing passer, and can finish inside at 6’10. His court vision and IQ will translate well to the league, as his playmaking took major strides in just one season at Duke. A few areas of concern include his consistency shooting from distance and his shot selection.

For the upcoming draft, any variation of these three players selected top-3 wouldn’t be surprising. However, the Magic need to go with a sure thing. When all is said and done, Jabari Smith is the pick Orlando needs to make at #1.

The Thunder have the 12th overall pick in addition to the second overall. OKC has more room to take a chance on the high ceiling of Holmgren or go with the versatile Banchero. Houston will welcome any of the three prospects as the sidekick of Jalen Green as well as the replacement for Christian Wood.

With the Draft just over a month away, a lot of possibilities are in place for these three prospects.