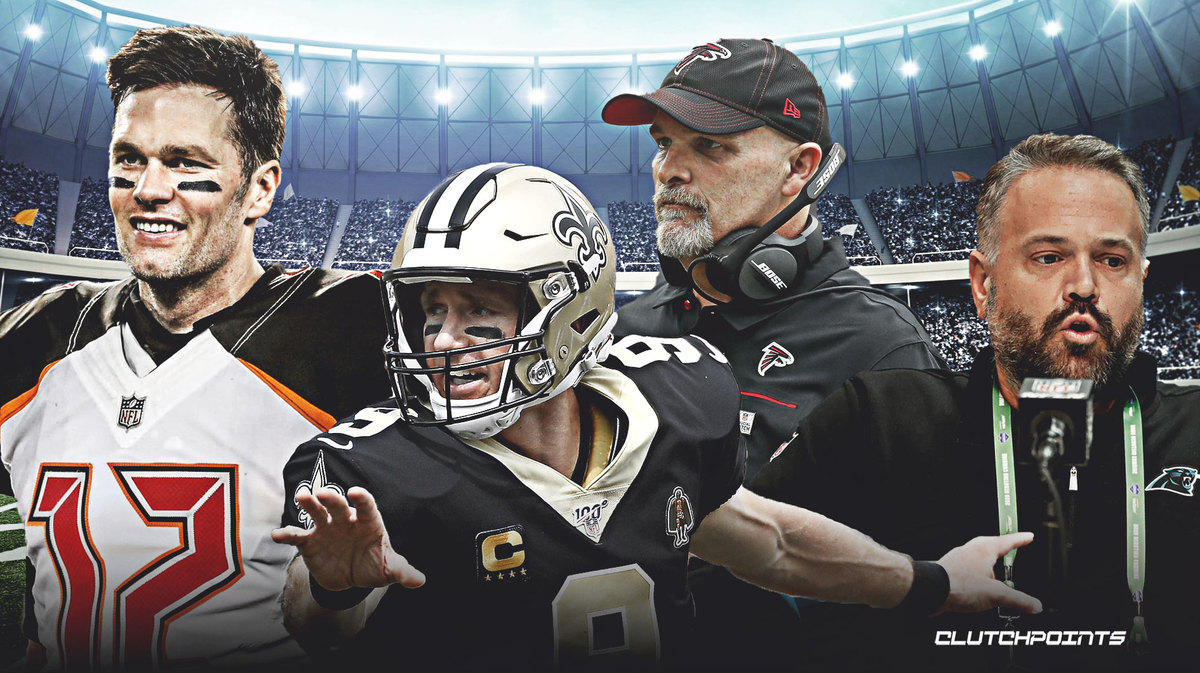 After their devastating loss to the Minnesota Vikings in the Wild Card Round last season, the Saints are back for vengeance. Drew Brees is healthy, on a lucrative two-year contract, and looking to get to his second Super Bowl. Despite how dominant the Saints were last season, the team may have improved over the offseason. By signing veteran wideout Emmanuel Sanders from the 49ers, Brees now has two reliable deep threats in his arsenal, along with the best offensive line in football. Michael Thomas is arguably the best receiver in the league, and his chemistry with Brees is only going to increase. As a whole, the Saints’ offense is potent as ever, as eight of their 11 offensive starters have appeared in a Pro Bowl since 2016. On the defensive side, it is almost the same cast of characters, as each level of the unit has at least one Pro Bowl or All-Pro roster appearance from last year. Throw in veteran and hard-hitting safety Malcolm Jenkins, they are ready to wreak havoc on the league.

Welcome to “Tompa” Bay, Brady! The biggest free agency move of the offseason was clearly future Hall of Famer Tom Brady deciding to take his talents to the Bay in Florida to team up with Bruce Arians and the Buccaneers. While his relationship with the Patriots will be turned into a “Last Dance”-esque documentary one day, the 2020 season could be a very entertaining one if you are a Bucs fan. For one, Brady was able to recruit ex-teammate and pro-WWE wrestler Rob Gronkowski back onto the gridiron to fight for another ring together. But Gronk isn’t the only weapon Brady has to work with this year. Fellow tight end O.J Howard and wideouts Mike Evans and Chris Godwin are a plethora of assets at the 43-year-old QB’s disposal, and Tom is chomping at the bit to get started. The signing of LeSean McCoy will hopefully sure up the backfield, and with a dominant run defense, the Bucs are contenders to go far in the playoffs in 2020. If the Saints weren’t in the division, they would take one of the top four seeds, but with the expanded playoff picture, Tom Brady will find himself in the playoffs again; just not in Gillette this time.

After starting off 2019 1-7, and then finishing 6-2, it is very hard to predict what the Falcons will look like in 2020. Obviously, Matt Ryan still has Julio Jones, one of the best receivers in the league, as his primary weapon on offense. But Calvin Ridley is dangerous, and an emerging star in Russell Gage is another viable option for Ryan. The team brought in WR LaQuon Treadwell to provide some depth, which is important with the injury history of Jones and Ridley. Starting TE Austin Hooper departed for the Browns this offseason, which led Atlanta to pick up Hayden Hurst from the Ravens, who is a very capable pass catcher and blocking tight end. The Falcons also took a chance on RB Todd Gurley, who, after a stellar year in 2018, fell off a cliff in 2019 with the Rams. The Georgia legend is still only 26 years of age, and if he finds his groove again, the Falcons will be an offensive machine. Defensively, they made a splash by signing Dante Fowler Jr., who will complement Grady Jarrett very well on the edge, and replaced Desmond Trufant with AJ Terrell in the first round. Kendall Sheffield and Isaih Oliver are progressing cornerbacks, and hope to develop into a solid secondary this season. If the combination of offensive and defensive additions pay off, the Falcons will have something special cooking in Mercedes-Benz Stadium on Sundays (and it won’t be Chick-Fil-A).

In Carolina, the Matt Rhule experiment begins. He experimented with Baylor’s program for multiple years and was able to have success, so the looming question is: does it translate to the NFL? This season will be telling as to how Rhule implements his schemes into the playbook, and with a dynamic quarterback like Teddy Bridgewater, there is a lot of opportunities. Although the team lost its “Superman” in Cam Newton, Bridgewater is more than capable of taking a team to its highest potential. Just look at his 5-0 record with the Saints after Drew Brees went down with a thumb injury. He has weapons like DJ Moore, Robby Anderson and Curtis Samuel surrounding him, and the best running back in the league in Christian McCaffrey. While the offensive weaponry is poised to be effective, the line protecting Bridgewater is where question marks start to appear. The O-line was not addressed during the offseason and will be tested the entire year. On defense, the Panthers sustained another blow with the surprise retirement of All-Pro linebacker Luke Keuchly. Keuchly was the glue for that unit, and he will be dearly missed, especially with the offensive talent within their division. They will have to find a way to stop the run, as they let up 31 rushing touchdowns in 2019 (the most since the Lions went 0-16). Resigning Shaq Thompson was a smart move, and drafting Derrick Brown in the first round will absolutely help the defensive line, but the loss of Eric Reid and James Bradberry in the secondary will be a tough challenge for the Panthers. Similar to the Lions rebuild, Carolina has to be patient with Rhule, but 2020 will be a battle, especially in the explosive NFC South.