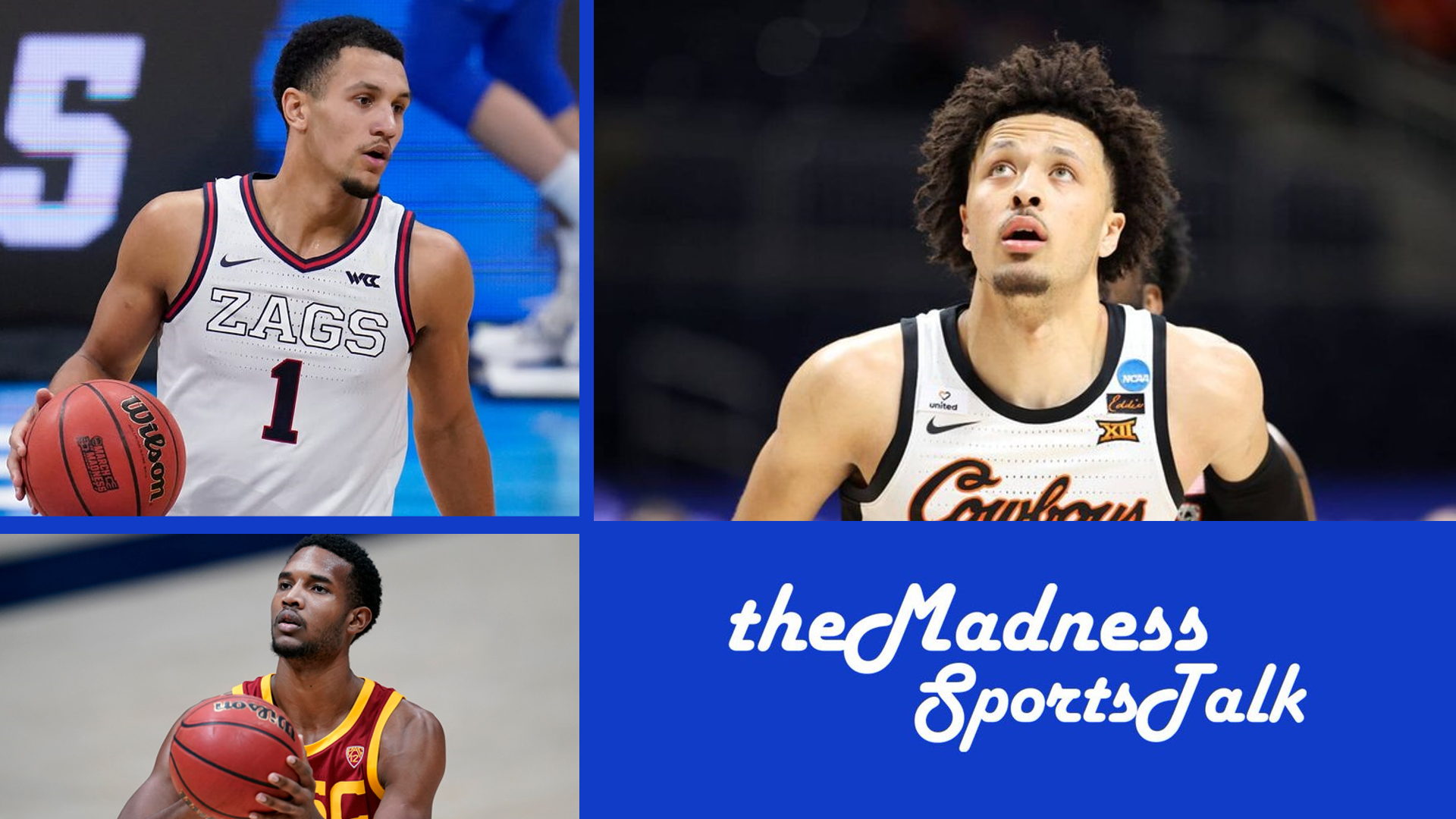 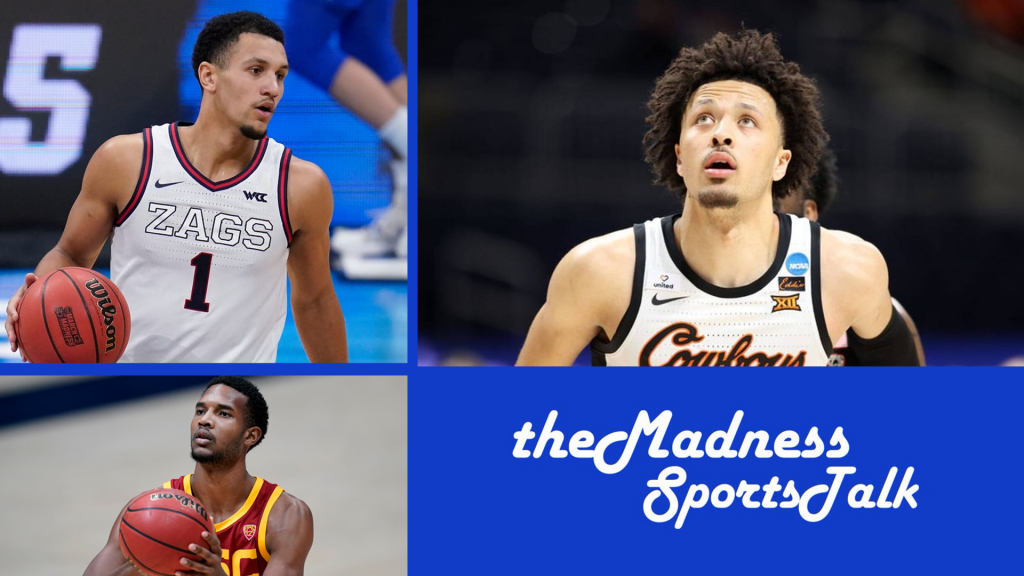 With the NBA Draft kicking off at 8pm Thursday night, check out my top-15 NBA Mock Draft which includes a projected trade between the Oklahoma City Thunder and Cleveland Cavaliers for the 3rd overall selection.

Cunningham is the clear choice here for the Pistons. Cunningham’s game includes a pro-ready offensive repertoire, with off pick-and-roll prowess and exceptional playmaking. His on-court vision, feel for the game, and defensive IQ makes him the pure package Detroit needs to help their young core that includes Jerami Grant, Killian Hayes, Isaiah Stewart, and Saddiq Bey.

The Rockets have a tough decision to make since big man Evan Mobley is on the board. But the Rockets need to make a move that will ultimately replace the scoring output of recently traded James Harden. Green is a three-level scorer that played last season with the G League Ignite. In his lone season, Green averaged 17.9 points per game on 36% shooting from 3. The 19-year old possesses a ton of upside due to his creative mix of scoring and surreal athleticism.

The Cavaliers have several productive guards already on their roster and with Jarrett Allen needing an extension, trading back for assets would be wise. With this projected trade, the Thunder get a true difference maker for their young squad that helps accelerate their rebuild. Mobley is a 7-foot defensive machine with the upside to become a great offensive weapon.

While the intrigue of pairing wing defender Scottie Barnes alongside Pascal Siakam and OG Anunoby is massive, the Raptors should look to replace franchise-legend Kyle Lowry. Suggs is a pro-ready point guard with a confident offensive skillset and high-IQ defense. Suggs would be able to defend bigger guards and help take pressure off of Fred VanVleet.

The Magic may be interested in drafting a guard to replace the production lost via the Evan Fournier trade. Australia guard Josh Giddey or UConn guard James Bouknight would make sense, but the Magic may make a déjà vu pick and draft another Florida State defensive forward. Scottie Barnes is a smaller (6’7, 225 pounds) version of current Magic forward Johnathan Issac and his defensive intensity is just as impressive. Barnes is everything the Magic need in the Southeast division; a ruthless defender, team-oriented playmaker, and a high-motored hustle player.

With adding multiple first round picks via the trade with Oklahoma City, the Cavs can now take best player available and that is Bouknight. The Brooklyn native possesses an explosive repertoire of scoring, ballhandling, and athleticism. His capability to score off-ball and ability to get to the foul line will be lauded at the next level.

It would be shocking if the Warriors actually select here at #7 with players such as Bradley Beal and Ben Simmons available for a trade package. With that said, no traction has been reported regarding Golden State so the pick here is Kuminga. Kuminga is an extremely raw prospect with amazing athleticism and excellent finisher. Standing at 6’8, Kuminga could slide in alongside Stephen Curry and Klay Thompson while improving his defense under the tutelage of Draymond Green. Imagine the potential for a young core of Kuminga and James Wiseman for the next 10 years.

The Magic make the right choice here and draft 6’8 Australian guard Josh Giddey. Giddey is a big guard with high-level playmaking ability. While his shooting needs some improvement. Giddey’s feel for the game should lead to finishes in the paint as well as playmaking for teammates.

Although enticing, drafting a defensive guard like Davion Mitchell is redundant with De’Aaron Fox leading the charge. The Kings need an offensive weapon from the wing and Wagner is exactly that. The 6’9 forward has a polished jumper that stretches out to three-point range. Additionally, his ball security, defensive IQ, and team-first approach would fit perfectly in Sacramento.

The Grizzlies have star guard Ja Morant and just made a trade that included guard Eric Bledsoe. Reports indicate that Bledsoe’s time in Memphis will be short lived so drafting a backup point guard is the move here. Mitchell could come off the bench and wear down opposing guards with his defensive intensity. His three-point shooting (44.7 %) is another asset Mitchell possesses and his upside is exciting. Mitchell could emerge to heights such as Jrue Holiday, who just won an NBA title in his first season in Milwaukee.

The Hornets have their young core set for the future, including Rookie of the Year LaMelo Ball and forward Miles Bridges. The Hornets have been looking to replace big man Al Jefferson for nearly seven years and Sengun fits the billing. Sengun is a prototypical back-to-the-basket who possesses surreal footwork, great shooting touch, and an uncanny pace of play.

The Spurs may look to draft a forward such as Trey Murphy to ultimately replace the wing production of Demar DeRozan. But passing over Moody here is a mistake San Antonio wouldn’t make. Moody possesses several traits that will transfer well to the league and allow to him to carve out a role early in his career. His unselfish play, physical defense, and off-ball skillset will help an already respectable defense that includes Dejounte Murray and Lonnie Walker IV.

The Pacers have great talent across al five positions so best player available is the direction to go in. Murphy would be a pleasant addition to a backcourt that includes fellow Virginia guard Malcolm Brogdon and Caris Lavert. Murphy is a tall (6’7) knockdown shooter and versatile defender that will help Indiana get stops throughout the season.

Again, it would be a surprise if the Warriors drafted young talent here as well as at #7 with a win-now mentality. This very well could be Washington’s pick and even still, the pick is Corey Kispert. Kispert’s versatile scoring will make a splash in the NBA as early as this season. His efficiency at all three levels and willingness to create contact against defenders has been fine-tuned during his last two seasons at Gonzaga.

If Washington were to miss out on Kispert, the pick would be Oregon wing Chris Duarte. The 6’6 forward averaged 17.1 points per game on 53.2 FG% shooting. His ability to stretch the floor (42.4 3P%) will open lanes for teammates early in his career. Duarte does everything an NBA coach wants from a role player; he hustles, rebounds well for his position, and is an active defender.