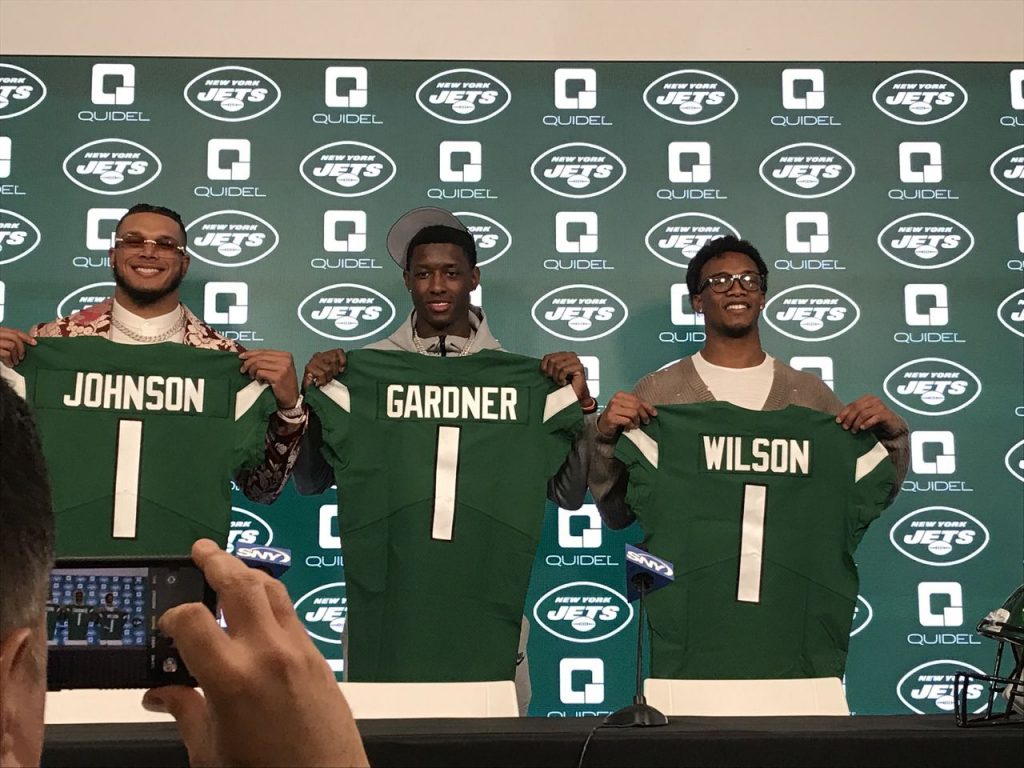 The NFL Draft has officially ended and as always, the weekend did not disappoint. As all 32 squads welcomed future stars into their locker room, let’s look at three teams who won the draft.

The Eagles came into the weekend with two first-round picks, compliments of their Carson Wentz trade to Indianapolis last year. As they waited to select with the 13th overall pick, Philly found themselves in a win-win scenario. Star prospects such as Kyle Hamilton, Tyler Linderbaum, and Jordan Davis were still without a home. The Eagles selected Davis, a 6’6, 340-pound defensive tackle, who fits perfectly in Philadelphia defense. Davis is a prototypical 4-3 defensive tackle and will be able to learn from veteran Fletcher Cox.

Next, Philadelphia traded the 18th overall pick to the Titans to acquire wide receiver AJ Brown. The Eagles needed to address the wide receiver room and instead of drafting another prospect, they decided to acquire a proven #1 option. Brown racked up his second-consecutive 1,000-yard season and brought in eight touchdowns in 2021.

Philly was nearly as impressive on Day 2, as they drafted center Cam Jurgens out of Nebraska and middle linebacker Nakobe Dean. Jurgens will be able to learn behind veteran Jason Kelce and will serve as his heir-apparent soon. On the other hand, Dean slipped as reports surfaced that he avoided surgery on his shoulder prior to the draft. Nevertheless, Dean is the reigning Butkus award winner (nation’s top linebacker) and at pick #83, the Eagles have a starting linebacker for the next decade.

The Baltimore Ravens came into the draft with 11 draft selections. Making their first election right after the Eagles, the Ravens drafted safety Kyle Hamilton. Hamilton is an instinctive, Swiss-army knife that will provide versatility for the Ravens secondary. While their secondary endured numerous key injuries, including Marlon Humphrey and Marcus Peters, there’s no denying the position needed to be upgraded. Hamilton not only provides depth at every position, but he’ll be in the running for the Defensive Rookie of the Year.

Next, Baltimore made a move to acquire the 23rd overall pick from the Arizona Cardinals for wide receiver Marquise Brown. The Ravens drafted center Tyler Linderbaum from Iowa with the selection as a position of need became a position of strength with just one selection. Linderbaum comes with the Ravens run-heavy style and the Ravens may have become a top-five offensive line in the process.

The time begins now where the Jets are winners. General manager Joe Douglas hit a homerun on Day 1, as he and the Jets drafted cornerback Ahmad Gardner with the 4th overall pick. Gardner is a physical corner with every intangible to be a franchise cornerstone. His success in press coverage and IQ in zone coverage will help the Jets defense immediately.

Shortly after, the Jets drafted wide receiver Garrett Wilson with the 10th overall pick. Instead of trading (and paying) a receiver such as Deebo Samuel, New York added a dynamic playmaker on a rookie contract. Wilson’s ability to create after the catch will take pressure off of second-year quarterback Zach Wilson.

With their third first-round selection, the Jets may have drafted the steal of the weekend. Defensive end Jermaine Johnson II projected as a top-10 pick in most mock draft and draft analysis, yet he fell all the way to pick #26. Johnson II seemingly made every play for the Seminoles defense during his college career at Florida State. Johnson II has a quick first-step, possesses great length, and has multiple moves to rush the quarterback.

New York added three starters on Day 1, with Gardner and Johnson II ready to solidify a shaky defense. The Jets added running back Breece hall and tight end Jeremy Ruckert on Day 2, rounding up the best weekend of any of the 32 teams.