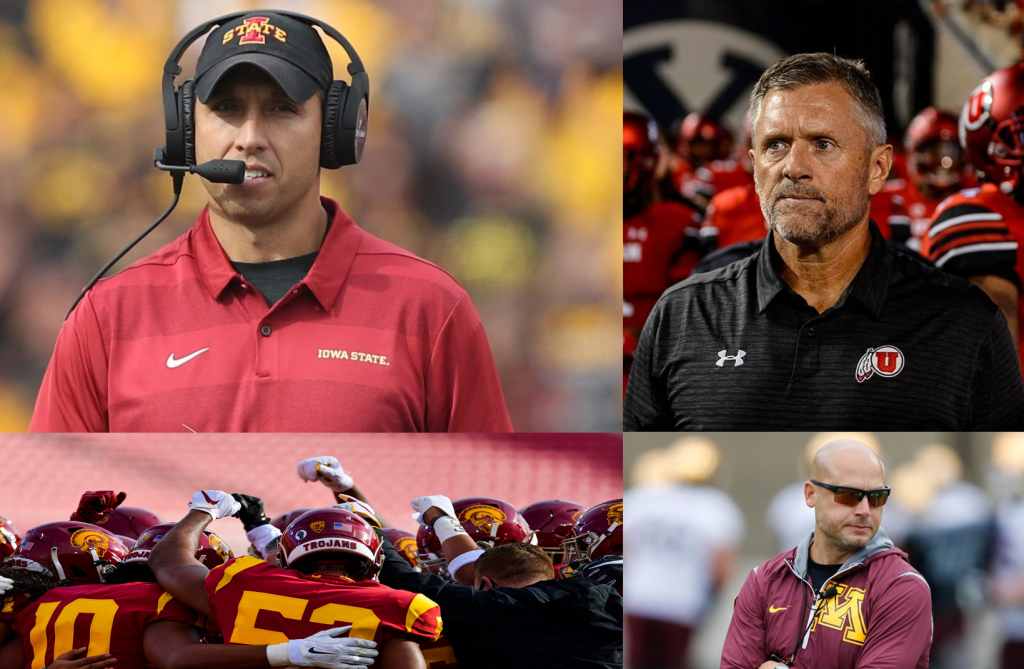 With news surfacing Monday on the firing of Trojans head coach Clay Helton, a new era can finally begin in Southern California.

During his time at USC, Helton served many seasons on the renowned hotseat. The highlight moment of Helton’s tenure occurred from 2016 to 2017, where the Trojans went 21-6 and included two bowl game appearances. The Trojans won the Rose Bowl in 2016 and won the Pac-12 championship in 2017.

Since then, Helton’s stint has been filled with inconsistent play, inferior recruiting classes and countless headlines involving his name on the hot seat.

While associate head coach Donte Williams will take over as interim head coach for the 2021 season, USC athletic director Mike Bohn noted that a new coaching search will begin.

“We will actively and patiently pursue a coach who will deliver on the championship aspirations and expectations we all share for our football program.”

While USC is far from the dynasty from the early 2000s, a new fresh face at the helm could push them forward in a balanced Pac-12 conference. A face that brings in a strong recruiting profile as well as a winning pedigree. With Bohn thankfully ripping the band aid off, here are three head coaching candidates he and the program must consider to reclaim their once legendary status.

Before we leave the Pac 12 in our job search, Utah head coach Kyle Whittingham would be an ideal candidate. Whittingham, 61, has established quite the career at Utah. Whittingham began at Utah as a defensive line coach in 1994. He became the Utes head coach in 2004 and has been there ever since.

After moving to the Pac-12 in 2011, Whittingham has compiled a 135-67 record including 80 conference victories. Utah has become a respected program on the West Coast under Whittingham’s watch, winning 11 bowl games and four straight bowl game victories from 2014-2017.

Iowa State head coach Matt Campbell has revamped the program since taking over in 2016. The Cyclones have been a contender in the Big 12 each of the past four seasons and have won two bowl games during that time span. Iowa State has had winning records in four consecutive seasons, a feat that hadn’t been done since 1927.

Campbell has received interest at the NFL level, reportedly turning down an offer from the Detroit Lions. Campbell, 41, appears to be the next big hire for a major program and should be atop USC candidates.

Will the Trojans begin to row the boat under PJ Fleck? Fleck, 40, gained notoriety during his tenure at Western Michigan. After back-to-back 8-5 seasons and a bowl game victory in 2015, Fleck and the Broncos went 13-1 and made an appearance in the Cotton Bowl. Shortly after, Fleck joined the Minnesota Gophers program and has enjoyed two winning seasons and two bowl game victories.

For all three coaching candidates, the foundation for each respective program has been laid. All three programs have achieved ample amounts of success. With that said, USC and this job opportunity presents a ceiling that cannot be reached by most programs. If USC makes a call, all three coaching candidates would have a rare opportunity to restore a storied program back to its former glory.