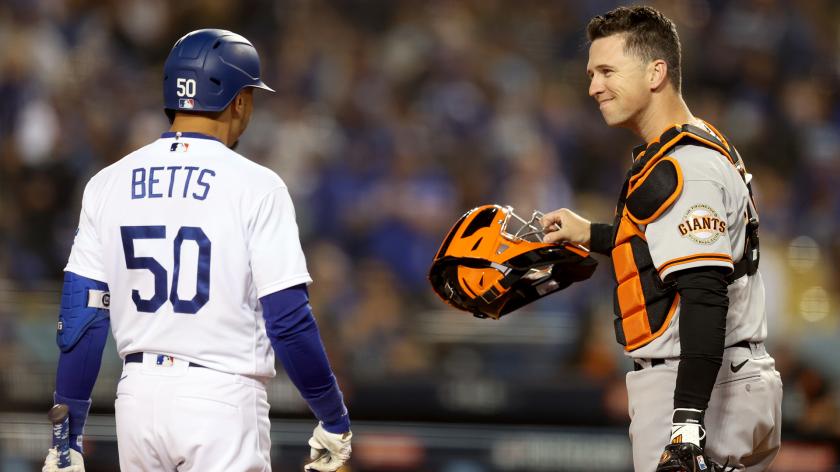 With Game 5 just hours, the two best teams in the MLB during the regular season will slug it out for the opportunity to play in the NLCS.

The San Francisco Giants have been baseball’s shock of the season, winning 107 games and the NL West. With a roster compiled up of starting pitchers with filthy stuff and a lineup filled with a mix of veteran leaders and contact batters, the Giants went most of the year leading the West. They’ve slugged and pitched their way to keep the Dodgers at arm’s reach, but now a Game 5 will determine just who has the last laugh.

The Dodgers finished just one game behind the Giants in the NL West, winning 106 games and possessing a 9-10 record head-to-head with San Francisco. While the story of the year has been the Giants, the Dodgers are still the reigning World Series Champions. They have been battle-tested before and a winner-take-all Game 5 should be to their advantage.

However, the Giants will have Logan Webb on the mound Thursday night and he has faired well against the Dodgers this season. In the regular season Webb allowed just four earned runs in 16 innings, striking out 11 and limiting LA to a .127 batting average.

In Game 1, Webb shutout the Dodgers, striking out 10 batters in 7.2 innings. Webb and the Giants went on to win Game 1 and after losing homefield advantage, bounced back the to win Game 3.

The Dodgers won Game 4 as Mookie Betts tallied three RBI, including a two-run homerun. Although Corey Knebel will start, Los Angeles appears set to have Julio Urias pitch against Webb and the Giants. Urias has not pitched particularly well against San Francisco, allowing 31 hits (three HR) in 29 innings pitched and possessing just a 3.38 ERA.

Thursday night will be a fitting end to a seemingly never-ending war between the Giants and the Dodgers.

The Giants have silenced the doubters so far. They have their ace on the mound and the benefit of playing in their home ballpark.

The Dodgers have the championship pedigree. They have the star power. They are familiar with the Giants, having faced them 23 times this season.

In the 24th matchup on the season, we’ll finally know who the Best of the West truly is.