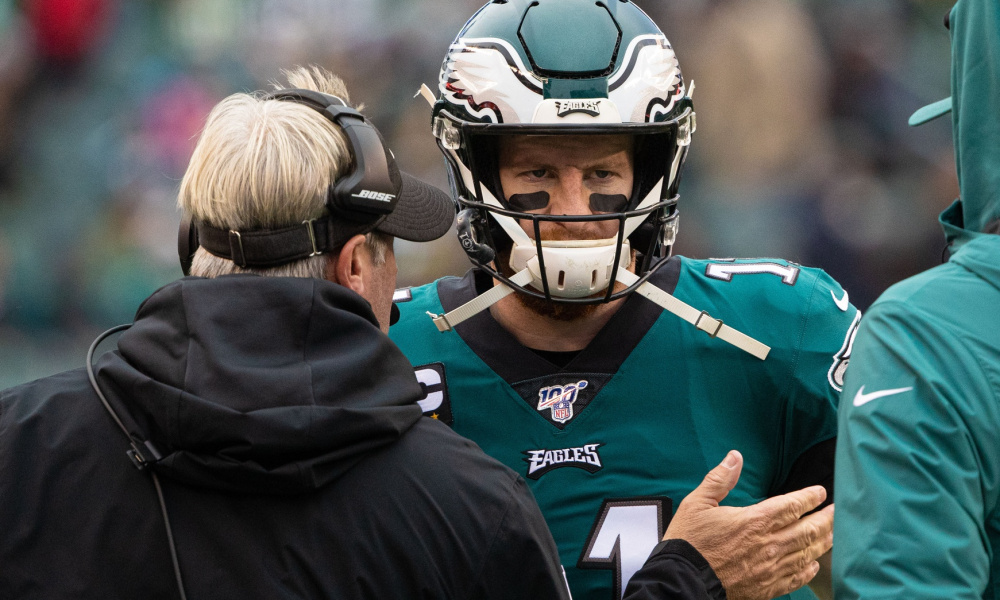 Before throwing Carson Wentz to the fire, we must address three major issues currently within the organization. The Eagles have not only grown content from their previous Super Bowl title run, but they have also failed to provide stability or protection for Wentz since that championship.

1) Doug Pederson deserves the most blame

After winning the Super Bowl in 2017, Doug Pederson has three additions to his resume: a NFC East division title in 2019, one playoff win, and a book titled Fearless, less than six months after his Super Bowl victory. Perhaps if Pederson showed more concern on getting his team on track and less concern about best-sellers, there wouldn’t be mobs of Eagles fans calling for his job.

Pederson seems to have become complacent after his lone Super Bowl title. The team has been a roller-coaster of inconsistent offense, injury-prone defenders, and swing and misses on drafting wide receivers. Pederson and the Eagles were lucky to win nine games the previous two seasons, in large part to a weak division with quarterbacks such as Alex Smith, an aging Eli Manning, and a rookie Daniel Jones.

In 2020, Pederson has seemingly destroyed Wentz’ confidence, taken away his instinctual play, and coached the Eagles into a 3-7-1 record. Had Cowboys QB Dak Prescott not been sidelined for the season with a leg injury, the Eagles would be dead last in the East instead of having a chance forthe division crown.

Before Philadelphia won the Super Bowl in 2017, Carson Wentz was on pace to win the MVP award. Through 13 games, Wentz won eleven games as he threw for 33 touchdowns and nearly 3300 yards. Up until that point, Wentz was the league MVP front-runner. After suffering a torn ACL in a shootout win against the Rams, Wentz was placed on the IR. The rest was history. Nick Foles took advantage of the first-round bye and with the playoffs running through Philadelphia, led the Eagles to a Super Bowl victory. Not only did Wentz not get the chance to play in the Super Bowl run, he wasn’t given the opportunity to build off his MVP caliber season. Offensive coordinator Frank Reich left and signed as the head coach of the Indianapolis Colts. 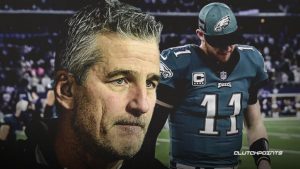 In 2017, the Eagles had a powerhouse offensive line. Names like Kelce, Peters, Johnson, and Brooks were the staples of the team. Three years later, the line has aged right in front of our eyes. Guard Brandon Brooks tore his Achilles and his production heading into 2021 is a massive concern. 38-year old Jason Peters has been on his last leg for the past two seasons, playing at both the tackle and guard positions. Tackle Lane Johnson has missed nine games since the 2017 season, enduring a bevy of injuries.

While the offensive line has aged, the Eagles have done virtually nothing to add depth or add a starter aside from Andre Dilliard. Late round selections such as Jordan Mailata and Prince Tega-Wanogho don’t appear to be replacements when Peters retires.

To sum it up, the Eagles woes go beyond Carson Wentz. Their woes stem from negligence in the front office, massive blunders in the Draft, the inability to keep consistency for their promising quarterback, and refusing to build on their offensive line. It’s bad in Philadelphia, but these issues go way beyond Carson Wentz.