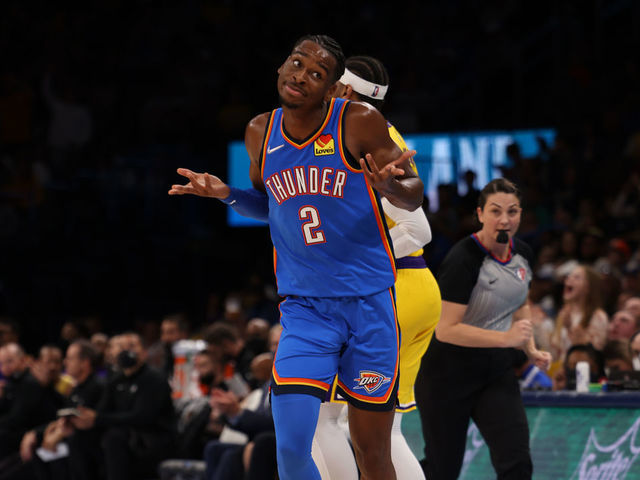 While this season’s expectations are low in Oklahoma City as they continue the rebuild, the progress of Shai Gilgeous-Alexander is pivotal for the Thunder.

Gilgeous-Alexander, also known as SGA, emerged as a centerpiece of the franchise during the 2019-2020 season when he led the team with 19 points per game en route to a first-round playoff exit to the Rockets. After the Thunder traded key contributors such as Chris Paul, Dennis Schroder, and Steven Adams, Gilgeous-Alexander looked to increase his usage and overall production last season. Unfortunately, he tore his plantar fascia and missed 62 games.

This season, Gilgeous-Alexander has taken the leap as a true #1 option in Oklahoma City. He started the season slow, averaging just 15.5 points per game on 40% shooting as he and the Thunder experienced two blowout losses to the Jazz and Rockets. Since then, SGA has regained his 2019 form.

Gilgeous-Alexander returned to form during a loss to the 76ers, where he scored 29 points and dished out eight assists. Two nights later, he scored a season high 30 points including four three-pointers against the Warriors.

Since that awful loss in Houston, SGA has averaged 24.4 points per game. His playmaking has improved dramatically, averaging five assists in the past eight games. The Thunder have won three consecutive games and four of their past five games, including two comeback victories over the Los Angeles Lakers.

As the season goes on, the story will be less about Oklahoma City’s position in the standings and more about the progress of their young players, especially Shai. OKC possesses the youngest team in the NBA, with an average age of 23 years old. For Gilgeous-Alexander, 23, the bar continues to rise with his yearly improvements.

Although early, SGA should be a frontrunner for the league’s Most Improved Player.