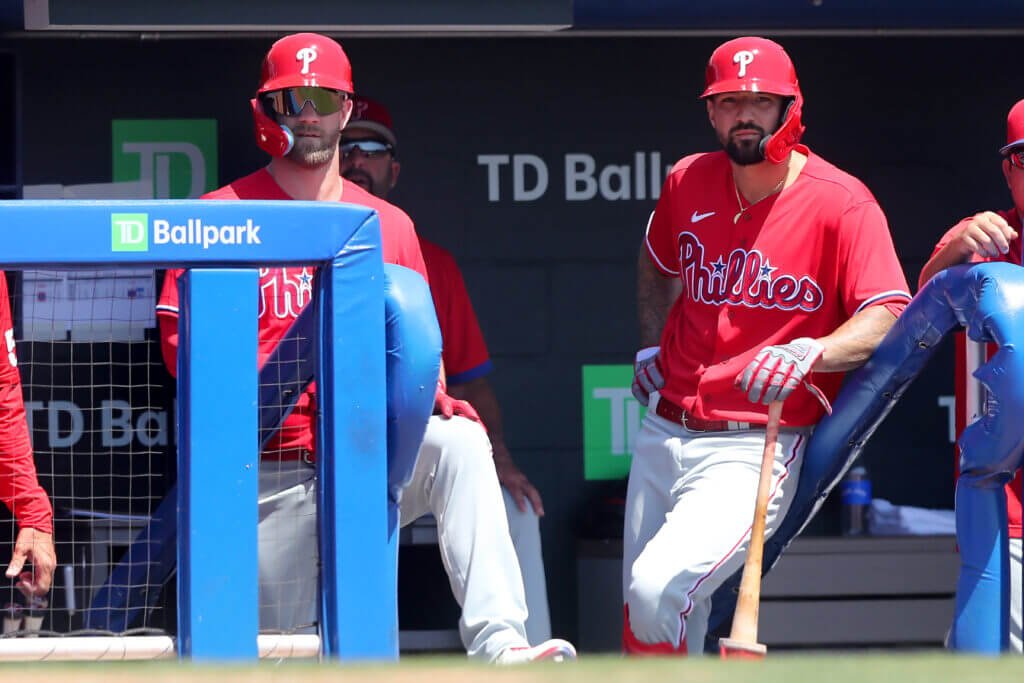 Is this the season where the Philadelphia Phillies reclaim the NL East?

The Phillies have not won the NL East division since 2011 and while their 2021 season ended in disappointing fashion, the time is now for Philadelphia to take back the East.

In 2021, the Phillies wasted away Bryce Harper’s first MVP season in Philly and ended the year with an 82-80 record. While Harper carried the squad all season, hitting 35 homeruns and a .615 slugging percentage, their inability to put the ball in play and get timely hits derailed their season.

As the season’s plateau continued, the Atlanta Braves ended up not just winning the division but ultimately the World Series. The Braves are currently the favorites to win the East (+120 according to DraftKings) and deservingly so. The defending World Series champs will welcome back Ronald Acuña Jr. and have replaced franchise pillar Freddie Freeman with a younger Matt Olson at first base.

Of course, the Mets will have a say in the race as well, as they are spearheaded by aces Jacob deGrom and Max Scherzer. However, both pitchers have already obtained injuries ahead of Opening Day, so dependability is a concern.

The Phillies reinforced their lineup with two big free-agent signings. First, they signed outfielder and designated hitter Kyle Schwarber to a four-year, $79 million contract. Schwarber hit 32 homeruns and 71 RBI in 2021, including 15 homers against the NL East.

Shortly after, Philadelphia signed outfielder Nick Castellanos to a five-year, $100 million contract. Castellanos batted .309 in 2021, with 34 homeruns and 100 RBI with the Reds.

Philadelphia’s lineup may have the highest ceiling in the National League with the additions of Schwarber and Castellanos to pair with Harper and catcher JT Realmuto. The power and on-base percentages will pay dividends early for the Phillies offense.

Two key players to watch are first baseman Rhys Hoskins and shortstop prospect Bryson Stott. With Hoskins, the Phillies need more consistency and an uptick in his batting average. While his 27 homeruns and 71 RBI is welcomed, Hoskins will need to put the ball in play more frequently for the offense to truly thrive.

As for the #1 prospect in the Phillies farm, Stott can take over the everyday shortstop role this season. His ability to hit the ball to all parts of the field, speed on defense, and knack for getting on base will all elevate Philadelphia’s chances of winning the division.

With a reinforced offense and young talent on the horizon, Philadelphia’s time to claim the East is now. Cy Young candidate Zach Wheeler will lead the way for the rotation and with a hopeful resurgence from pitcher Aaron Nola, Philly is built for the long run.