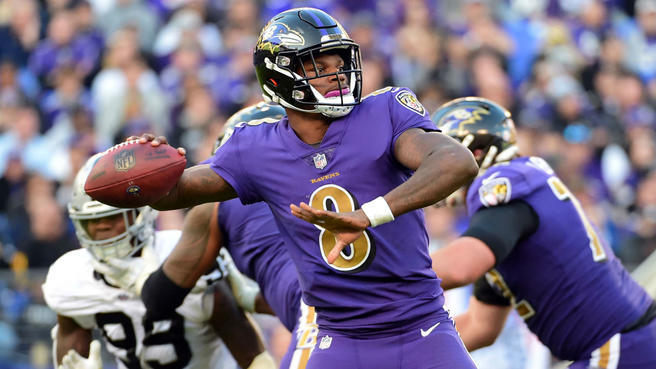 All recency bias aside, this Ravens team is special and extremely motivated. After getting thrashed on the ground by Derrick Henry and the Titans, the Ravens upgraded their biggest weakness by acquiring defensive anchor Calais Campbell. A huge question mark is the Ravens ability to replace future Hall of Fame guard Marshal Yanda, who retired in March. Even without Yanda, the Ravens offense should have no problem continuing to take the league by storm. Reigning MVP Lamar Jackson has consistently improved since entering the league and offensive coordinator Greg Roman will certainly have a new layer peel back in 2020.

The Steelers have a lot to be proud of following an 8-8 season a year ago. Their incredible front-seven defensively made it difficult for opposing offenses to move the chains. Edge rusher TJ Watt and linebacker Devin Bush are rising stars, but the Pittsburgh secondary is suspect aside from stud safety Minkah Fitzpatrick. The Steelers will regain Ben Roethlisberger coming off an elbow surgery but just how good will big Ben actually be? At 38 with an aging offensive line, there is true cause for pause in the Steel City.

Once again, the Browns have a new head coach entering the season. Former Vikings offensive coordinator Kevin Stefanski should put the Browns offense in position to win with a heavy dose of running the football. Running back Nick Chubb, not quarterback Baker Mayfield, is the franchise piece of the offense. The addition of rookie offensive tackle Jedrick Wills and veteran Jack Conklin will help establish Stefanski’s run-heavy offense. Additionally, a healthy Odell Beckham could make the Browns offense truly explosive. In my estimation, coaching and quarterback play will continue to stifle any real expectations for Cleveland and only winning will change the old Brown ways.

Cincinnati got their guy! First overall pick Joe Burrow takes the reins as the next face of the franchise in Cincy and he’ll have a tons of weapons on the perimeter. With receivers such as AJ Green, Tahj Boyd, and running back Joe Mixon, Burrow will have playmakers to help relieve stress. And stress there will be! The Bengals offensive line may be the worst in football, even with 2018 1st round pick Jonah Williams set to make his NFL debut at left tackle. With an underwhelming defense, Cincy will have to win shootouts. Good luck against the talented defenses of Baltimore, Pittsburgh, and Cleveland two times each!