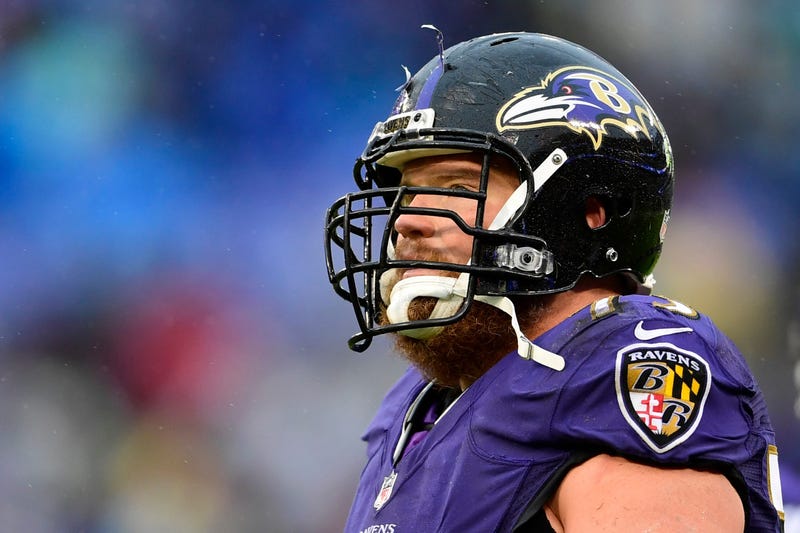 Yanda held his retirement ceremony Thursday and addressed the media, kicking off his speech with the announcement.

“Today I’m retiring from the NFL. They do things the right way every day here. I’m very fortunate to be here the entire time.”

Yanda spoke about his last season, claiming it was one of the most fun seasons he ever had.

“To be able to walk away from my career on my terms is so meaningful.”

The Ravens drafted Yanda in the third-round of the 2007 Draft and has compiled a Hall of Fame career with Baltimore. His impact in Baltimore is hard to put into words.

During his career, he has played an entire 16-game season six times. Since 2011, he has been a eight-time Pro Bowler as well as making seven All-Pro teams.

Yanda proved he could still play at the top of his game following a broken ankle in 2017. Since, he has started 33 games and made two Pro Bowls.

“We had a winning culture for the entire team I played here. That’s a credit to the job John (Harbaugh) has done.”

With 166 career starts, countless honors, and a Super Bowl championship, Yanda has been a staple of the Ravens success for more than a decade. Yanda added that one particular expression describes his career in Baltimore” “embrace the grind.”

Through consistent All-Pro play as well as overcoming breaking his ankle, Yanda certainly embraced the grind and represented what it means to “play like a Raven.”

The Hall of Fame bound Yanda may have played his final game in Baltimore, but the legacy he leaves behind will inspire the franchise for years to come.