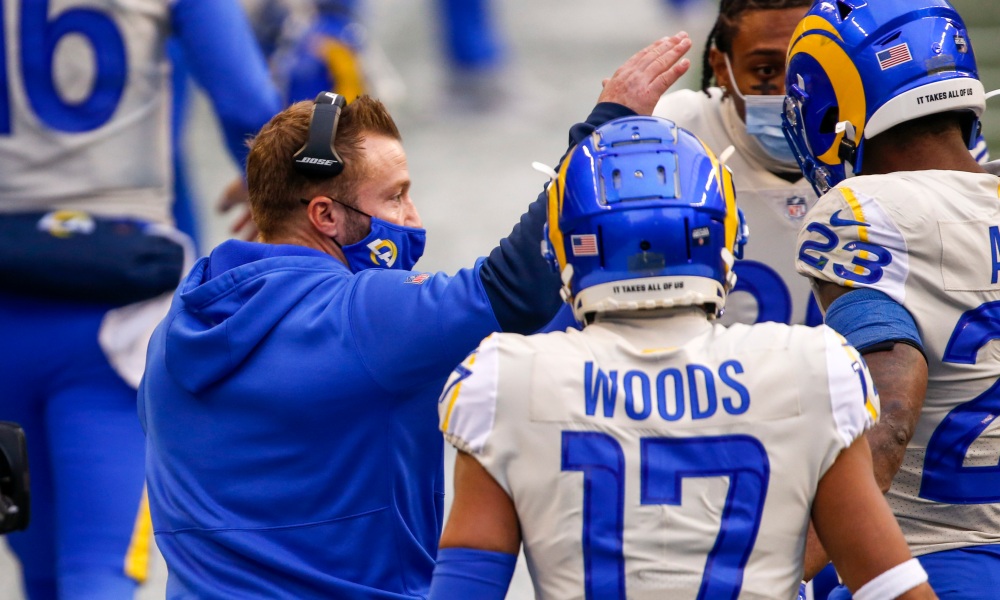 The Rams were humbled Sunday night, losing in a 37-20 blowout to the Arizona Cardinals. Arizona outscored LA 30-10 after the first quarter and the offense failed to adjust to the Cardinals speed.

The Rams came into the game 3-0, with impressive victories over the Buccaneers and Colts. Their offense in the first three games appeared high-powered, but really it was a steady dose of Matthew Stafford and Cooper Kupp. While Kupp is a tremendous weapon in Sean McVay’s offense, this over-usage trend came back to hurt the Rams in their first loss of the season.

Stafford targeted Kupp 13 times, only connecting on 5 completions for 64 yards. Stafford’s predictability led to several short drives as the Rams offense only tallied 24 minutes of possession. For the Rams to get back to their winning ways, the offense must be more balanced.

Wide receiver Robert Woods is a great weapon that has not been utilized this year with Stafford. While Kupp received 13 targets Sunday (and already 46 targets on the season), Woods has been targeted just 15 times through four games. Woods caught at least 90 catches or tallied 1,000 yards in each of the previous three seasons.

Getting him more involved could unlock the Rams passing offense, allowing for a more balanced aerial attack. Along with an increase in targets for Woods, the emergence of second year wide receiver Van Jefferson should be embraced Thursday night in Seattle. Jefferson caught all six of his targets against Arizona, tallying 90 yards and a TD.

Lastly, the Rams should continue to use running back Darryl Henderson as their sole back. Henderson returned Sunday from a rib injury and moved the chains both on the ground and as a pass catcher. He ran for 6.4 yards per carry and finished with 116 scrimmage yards.

The Rams offense wasn’t the only reason they lost to Arizona Sunday. The inability to stop Kyler Murray falls on the defense and they’ll have to have a better game plan facing Russell Wilson Thursday night.

But for the team to get to their goal of a Super Bowl, spreading the ball around and utilizing playmakers such as Woods, Jefferson, and Henderson will make Sean McVay’s offense even tougher to figure out.