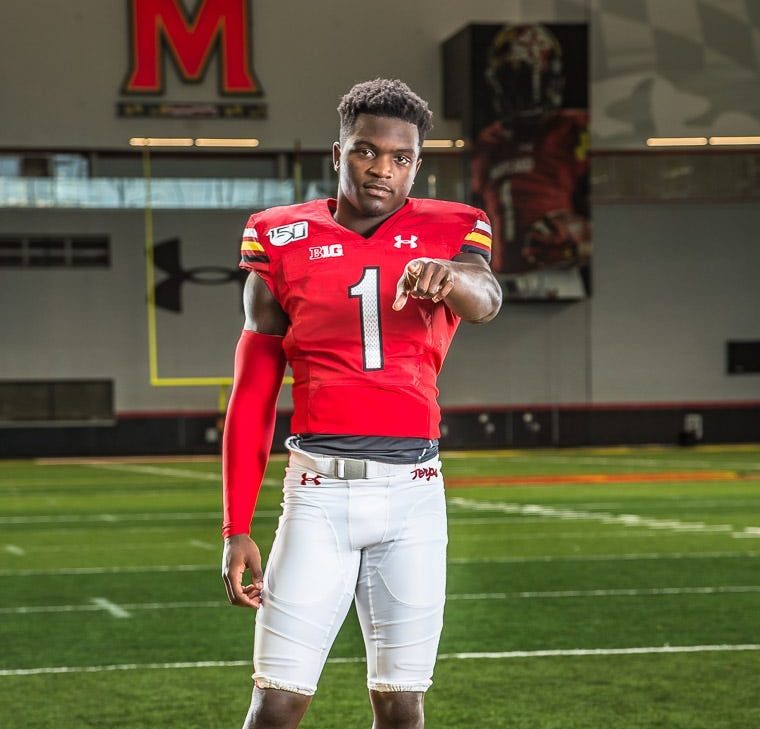 Another homegrown star receiver is ready to become a Terrapin.

Jarrett, the #2 ranked wide receiver in the nation according to ESPN, flipped from LSU and decided to stay close to home.

In his senior season, he caught 60 passes for 950 yards and seven touchdowns. For his efforts, Jarrett was honored with the Gatorade Player of the Year within the D.C. area.

Jarrett is the nation’s 20th ranked prospect, the highest-rated recruit to sign with Maryland since Stefon Diggs in 2012.

Diggs, currently with the Minnesota Vikings, became a legend at Our Lady Of Good Counsel High School in Maryland.

Diggs, who starred as a Terrapin, gave advice to Jarrett about his big decision. In an article with the Testudo Times, Jarrett shared the advice given by Diggs.

“He shared some wisdom with me on how to work towards Maryland — how I needed to handle it, and what I need to do to kind of be a better player than he was, even though he was phenomenal when he did it.”

Jarrett took to Instagram to show his excitement for becoming a Terp.

What’s a better place to do it than your city.. see y’all in the fall. #Signed

Diggs reached out on Twitter and gave Jarrett his blessing.

Maryland football has landed an elite talent in Jarrett and ideally, more top-rated prospects will follow.