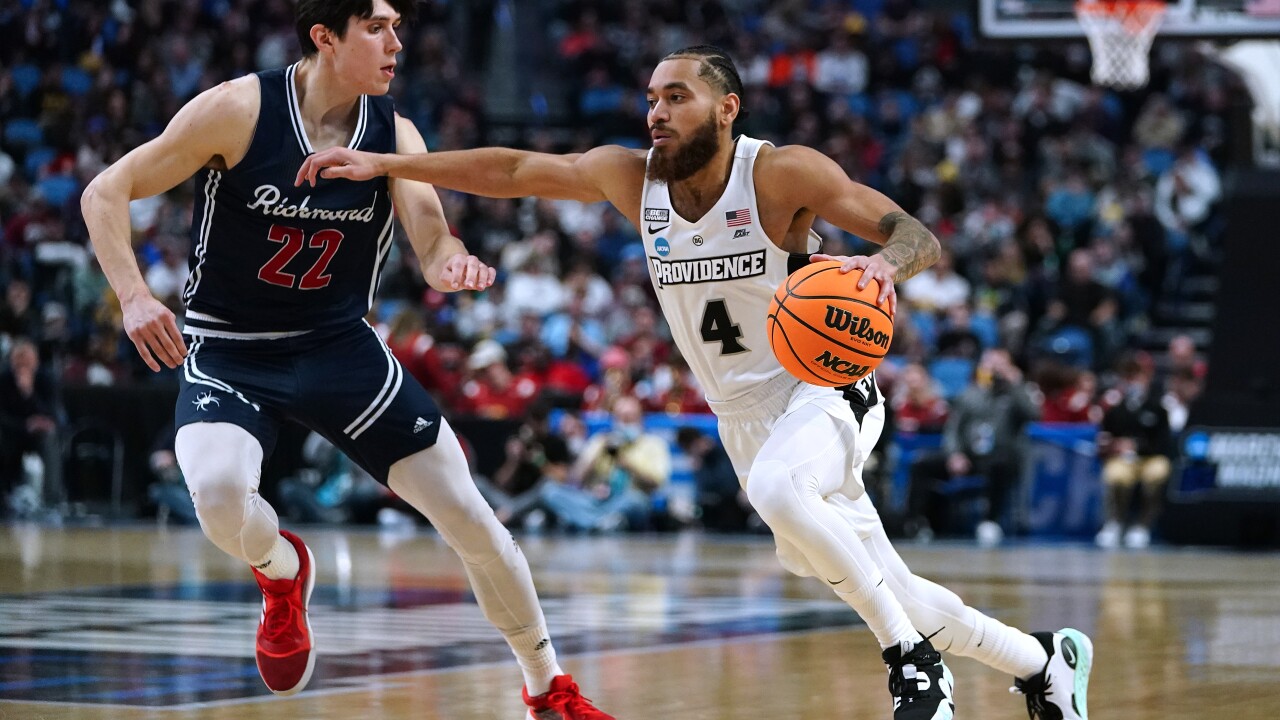 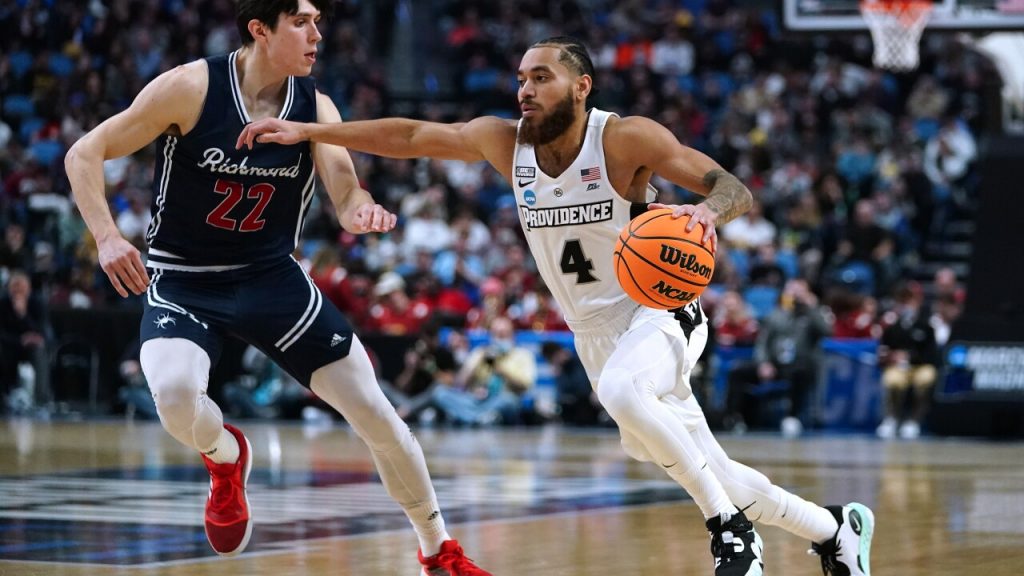 The Providence Friars have been under the radar all season long. The Friars came into the season as the seventh ranked team in the Big East. They went on to win 14 conference games and the Big East regular season championship.

Along with victories over UConn, Creighton, and Xavier, the Friars earned big non-conference wins against Texas Tech, Wisconsin, and St. Peters. (Both Texas Tech and St. Peters both advanced to the Sweet 16.)

Providence has looked dominant so far in the tournament, defeating a 30-win ball club in South Dakota State and an 18-point victory over Richmond. A balanced offense with five players averaging 9.9 points per game, any given night a Friar can step up. Against the Jack Rabbits, guards Al Durham and Jared Bynum combined for 25 points and six assists. In their blowout victory over Richmond, forward Noah Holcher stepped up with 16 points and 14 rebounds.

On Friday night, the Friars will face their toughest task yet: the #1 seed Kansas Jayhawks.

Providence will have their hands full with Jayhawks guard Ochai Agbaji. The senior guard is averaging 19.3 ppg and is coming off a 15-point performance against Creighton. Providence possesses a tough defensive roster, filled with versatile defenders and switchable wings. For Providence, containing Agbaji early and forcing another Jayhawk to make a play will be a huge focus of the game.

Against Kansas, where the Friars lack in talent they make up for with heart. The veteran squad is led by head coach Ed Cooley, who is coaching in his sixth March Madness. “You got some older guys out there just willing to try to compete for respect,” Cooley stated. “I don’t have to be liked, but I’ll be damned if you’re not going to respect me.”

After silencing the doubters in the Big East, Providence is out for more respect. With a colossal matchup with Kansas, there isn’t a bigger stage for the Friars to get their respect.