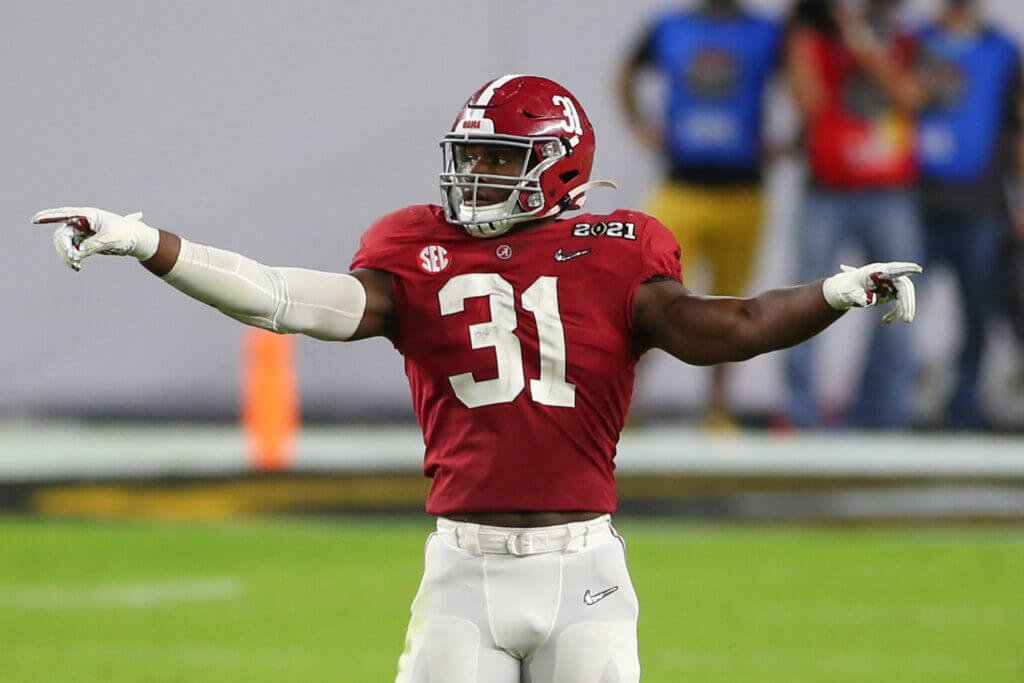 The College Football Playoff is set to kick off Friday afternoon and the talent among all four teams is impressive.

#1 Alabama starts off the festivities as they take on surprise contender #4 Cincinnati. The Crimson Tide are led by Heisman quarterback Bryce Young and a massive offensive line. Every year, Alabama seemingly produces the best talent in the country and it’s no shock that they have two wide receivers projected as first round draft picks.

Jameson Williams may be the best wide receiver in the country, averaging 21.3 yards per catch. Unfortunately, Alabama will be playing without John Metchie III, who provided Young a security blanket all season as he racked up 94 catches. Metchie sustained a left knee injury and will miss the semifinal against Cincy.

While the Alabama receivers are used to having their way with opposing defenses, the Bearcats defensive strength is their secondary. Cornerback Ahmad Gardner will certainly line up against Williams. His physicality and lengthy frame should make the windows tighter for Young to throw down field.

Gardner’s physical style of play and willingness to tackle is the perfect complement to fellow cornerback Coby Bryant. While Bryant’s tackling presents vulnerability, his coverage and playmaking ability is a concern for any offense in the country. Bryant won the Jim Thorpe Award this season, which honors the nation’s best defensive back.

While Cincy’s secondary should present problems for Alabama’s receivers, the game of course will be decided along the line of scrimmage. Cincinnati’s pass rush will have to get home and pressure Young, which he has been able to avoid all season.

The Crimson Tide’s offensive line are led by All-American left tackle Evan Neal (6’7, 360 lbs.) Neal has the versatility of playing tackle and guard, possesses great footwork in the passing game and mauls defenders in the run game. Another Alabama lineman to look out for is right guard Emil Ekiyor Jr. (6’2, 325 lbs.) Ekiyor Jr. has been a huge part of the Alabama rushing attack the past two seasons, leading the way for 1,000-yard seasons for both Najee Harris and Brian Robinson.

The Bearcats offense is led by quarterback Desmond Ridder. Ridder should struggle with the bevy of defensive looks Alabama presents so controlling the clock and having solid ball control is key this Friday. One player that can ruin the Bearcats game plan is All-American linebacker Will Anderson Jr. Anderson Jr. recorded 91 tackles, 15.5 sacks, and 29 tackles for loss this season and should have been a Heisman finalist.

Although Cincinnati will be in a talent disadvantage, the loss of Metchie for Alabama may prove to be bigger than many have mentioned. With Jameson Williams earning a matchup with Ahmad Gardner, Young will have to be pristine in his decision making and rely on multiple reads. If the Bearcats defensive line can hold their own, Cincy should be able to hang tough with the Crimson Tide.