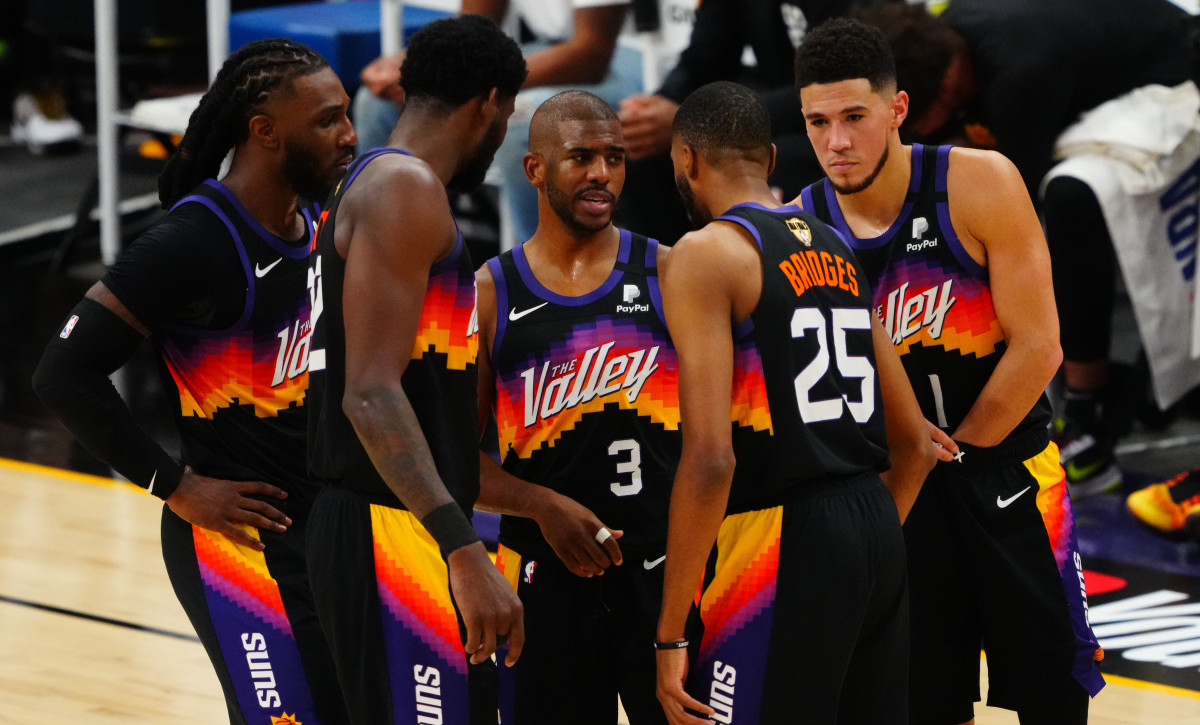 At 11-3, the Suns picked up where they left off last season after an inspiring yet heartbreaking Finals loss to the Bucks.

Led by Devin Booker and Chris Paul, Phoenix is currently riding a 10-game winning streak. For the Suns, a streak of this magnitude hasn’t happened since 2010, when Amar’e Stoudemire led the team with 27.3 PPG.

After multiple seasons in the basement of the NBA, the Suns are here to stay. During their 10-game winning streak, Booker has averaged 23.6 points on 38% shooting from 3. In the Suns 105-98 victory over the Mavericks, Booker hit a dagger three-point shot with just 1.7 seconds left on the shot clock to seal the win.

Suns center DeAndre Ayton has looked terrific with Paul, as the big man has averaged 18.5 points and 12 rebounds during the 10-game winning streak. Ayton, 23, is currently playing in his contract year and while his future in Phoenix seems murky, the goal in Phoenix is clear.

This Suns team is built for a championship. They have the star power with Booker, Paul, and Ayton. They have multiple veteran difference-makers, such as Jae Crowder and Javale McGee. Lastly, wings Mikal Bridges and Cameron Johnson provide the influx of youth necessary to survive an entire NBA season.

Phoenix has gone under the radar early in the year, as teams such as Golden State and Utah have stolen the headlines.

When the dust settles in the West, the Suns very well could be heading back to the NBA Finals and this time, to win it all!