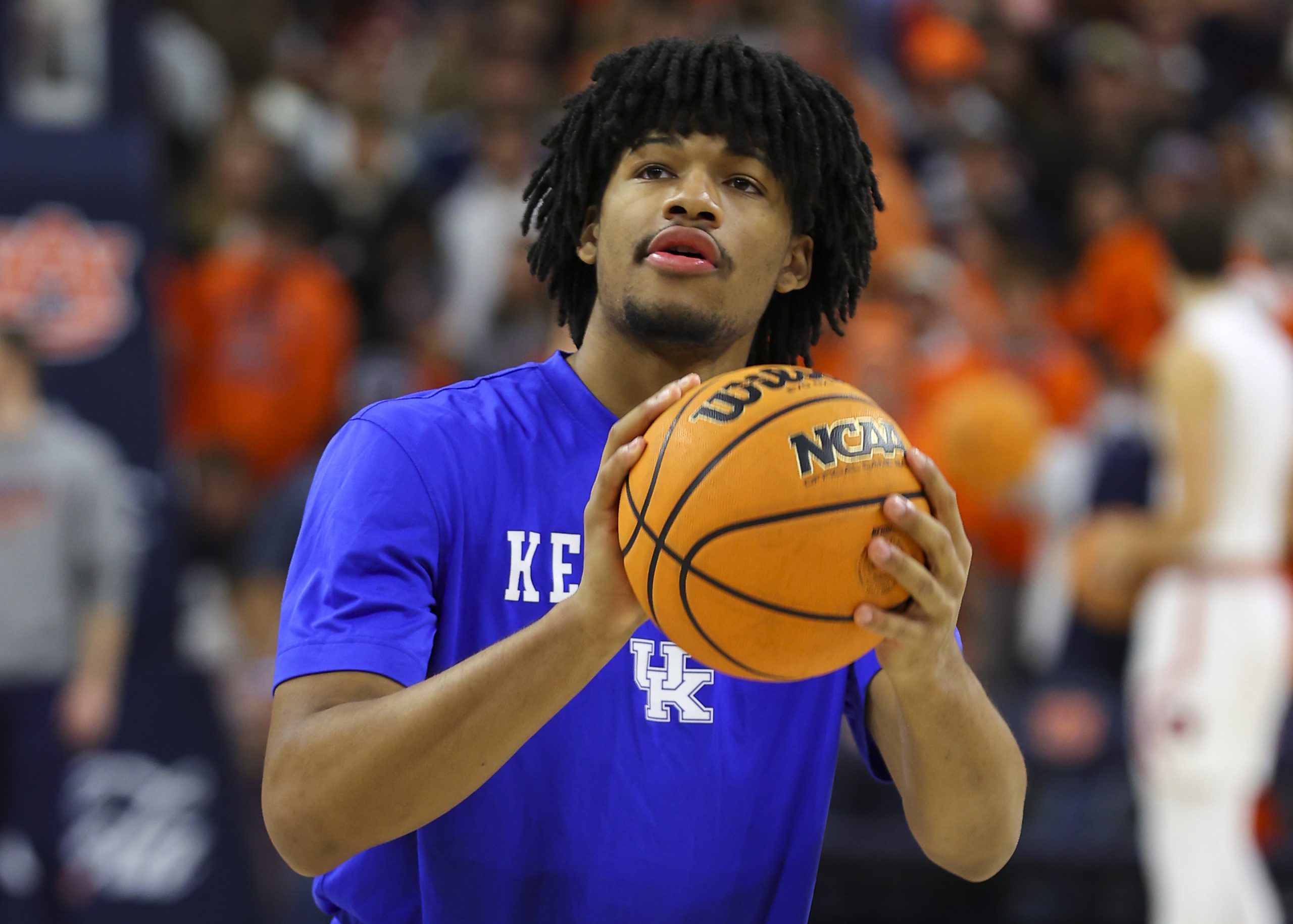 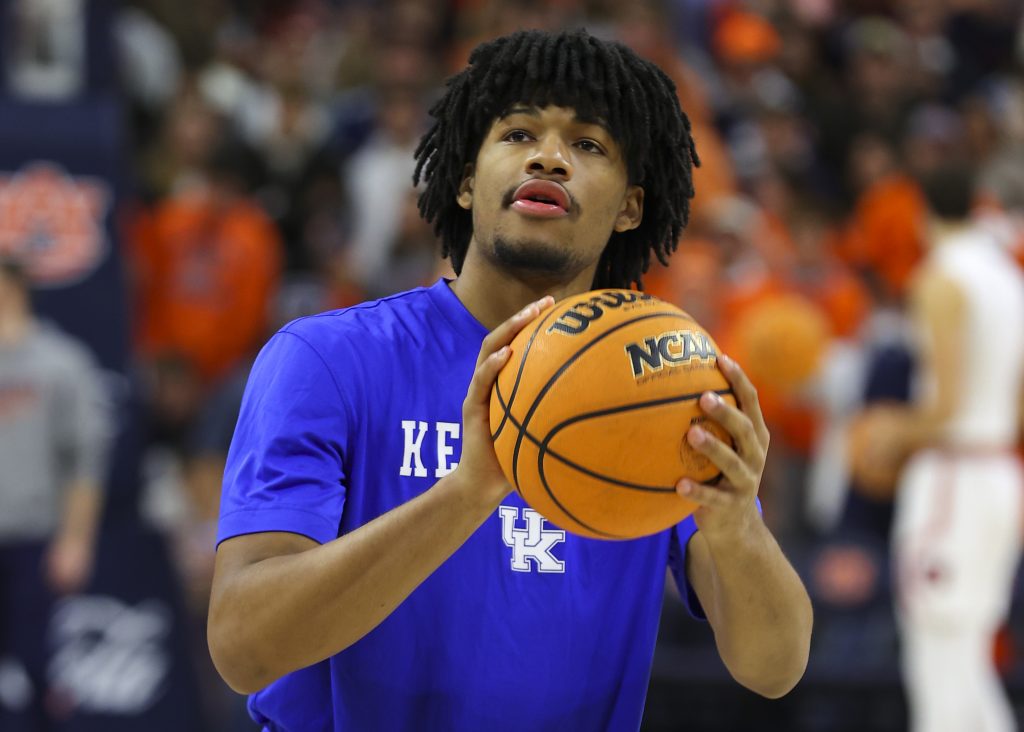 AUBURN, AL – JANUARY 22: Shaedon Sharpe #21 of the Kentucky Wildcats warms up prior to the game against the Auburn Tigers at Auburn Arena on January 22, 2022 in Auburn, Alabama. (Photo by Todd Kirkland/Getty Images)

The latest draft combine results are in and with the NBA Draft less than a week away, let’s take a deeper look into some of the top prospects who will hear their name called in the first round. In this feature, let’s put the spotlight on Kentucky guard Shaedon Sharpe.

Perhaps the draft best kept secret, Sharpe decided to forego his freshman season with the Wildcats and is still regarded as a top-five talent. The 6’6 guard possesses unreal bounce and has good shooting form. From the tape available, Sharpe’s athleticism is like a young Paul George.

Sharpe is a fearless shooter, as he dices up defenders in isolation and can shoot off the catch. He has a great feel for the game and a high IQ, showing the ability to crash the glass against smaller defenders and cut off-ball. With the ball in his hands, Sharpe can lull defenders to sleep and shows a mix of set-up moves to create his own shot.

Sharpe’s athleticism allows for him to jumpstart transition offense. While his ceiling is high, there is a ton of unknown and risk when linking Sharpe with a top-5 selection.

Sharpe’s shot selection is a concern and although his shooting form is solid, his streakiness can become an issue within the offense. He has shown blips of being a willing passer, yet he is undoubtedly a scoring-first guard. His handle has steadily improved in recent seasons but his inability to facilitate in the pick-and-roll must be addressed at the next level.

As mentioned earlier, Sharpe’s decision to forego his freshman season at Kentucky created a ton of mystery of his value in this year’s draft. Sharpe will have to improve both his physical strength and IQ if he wants to succeed early in his NBA career.

The Detroit Pistons would be the perfect fit for Sharpe at #5. Sharpe would complement guard Cade Cunningham perfectly, as Cunningham’s defensive prowess would help Sharpe focus more on shot-creation and facilitating. Perhaps the Sacramento Kings take another guard to pair alongside De’Aaron Fox and center Domantas Sabonis. Another fit would be Indiana if they decide to move off Malcolm Brogdon.

Overall, Sharpe could become the top guard in the class so long as he’s selected to the right organization. His offensive game shows signs of Rockets guard Jalen Green as he’s able to rely on his athleticism to get to the rim.