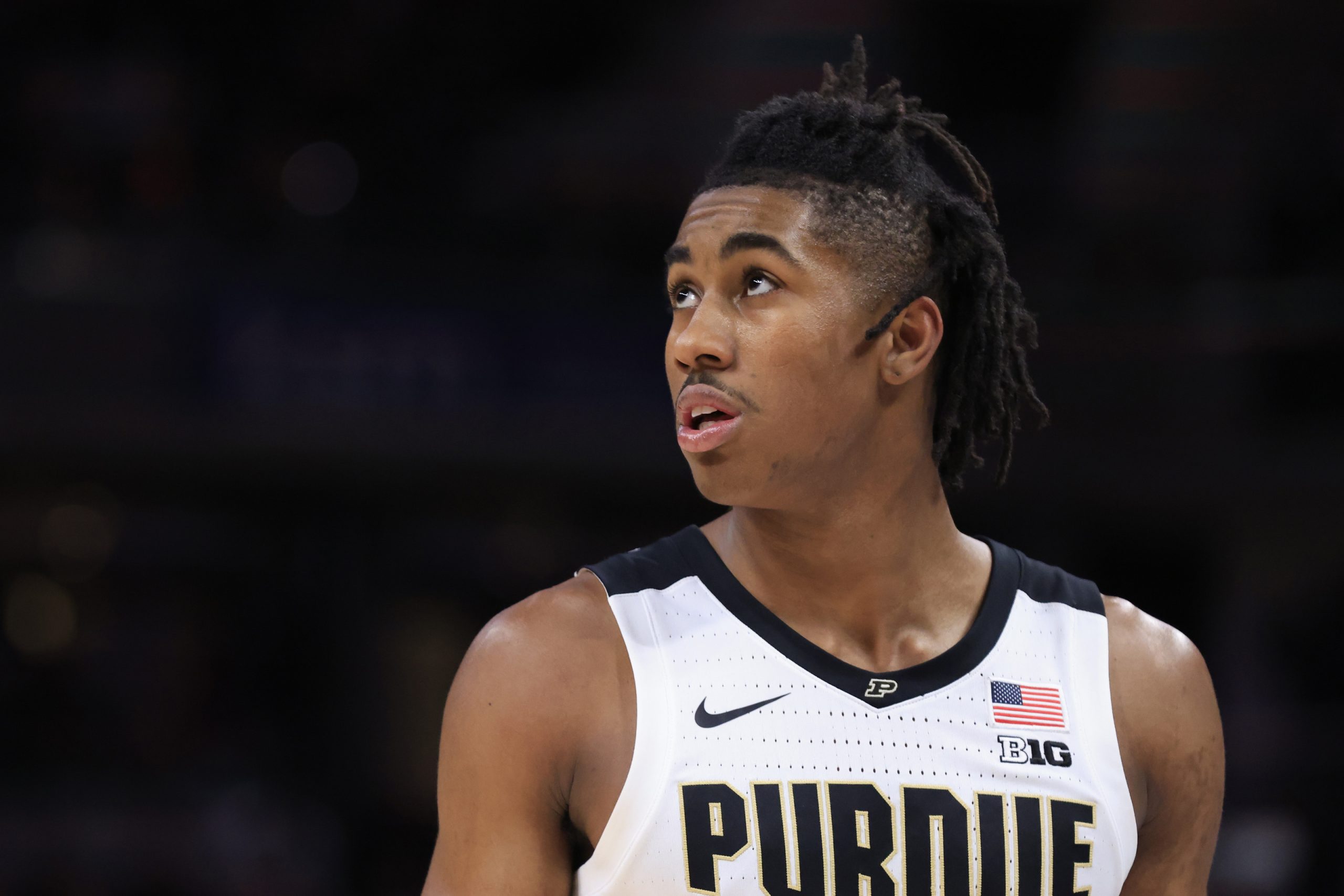 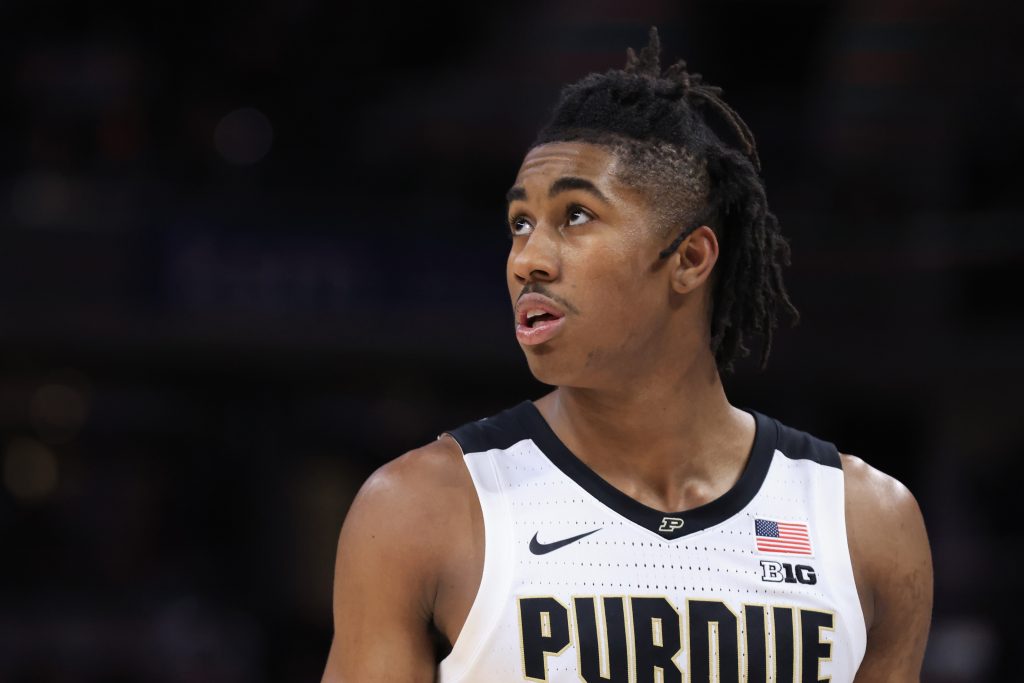 INDIANAPOLIS, INDIANA – MARCH 12: Jaden Ivey #23 of the Purdue Boilermakers looks on in the game against the Michigan State Spartans during the Big Ten Championship at Gainbridge Fieldhouse on March 12, 2022 in Indianapolis, Indiana. (Photo by Justin Casterline/Getty Images)

The latest draft combine results are in and with the NBA Draft less than 20 days away, let’s take a deeper look into some of the top prospects who will hear their name called in the first round. In this feature, let’s put the spotlight on Purdue guard Jaden Ivey.

Ivey drastically improved during his two seasons at Purdue, wrapping up his 2021 campaign with 17.3 PPG. Ivey energized the Boilermakers offense with his ability to drive with both hands along with his aggressiveness.

Ivey’s athleticism and explosion jumps off the screen when rewatching his tape. He possesses a quick first step and his aggression attacking the rim resembles Utah Jazz guard Donovan Mitchell. Ivey flashes before your eyes and defenders have a tough time staying in front. In 36 games this season, Ivey scored at least 20 points in 14 games.

Constant improvement is the word when discussing Ivey, which will make the top-5 picks extremely interesting. His shooting percentages saw increases from his first season at Purdue, as he shot 46% from the field and 35.8% from three. For context, he shot just 40% from the field and 26% from 3 during his freshman campaign.

While his offensive game is NBA ready, Ivey will need to be complimented with defensive-minded guards simply due to his size. Ivey is a willing defender and has the versatility to steal and block against his matchups. With that said, his size will hold him back against bigger guards on the next level.

For teams in the Draft, selecting Ivey is an easy decision. His offensive repertoire and sizzling quickness will make an immediate impact next season. Add his nonstop improvement and development, Ivey is the best guard in the class. He would best fit with teams such as the Oklahoma City Thunder or the Detroit Pistons, both who have a rangier and larger guard to compliment him.

While OKC would shock the critics taking Ivey over forwards such as Jabari Smith or Chet Holmgren, there is no denying the ceiling Ivey holds moving forward.