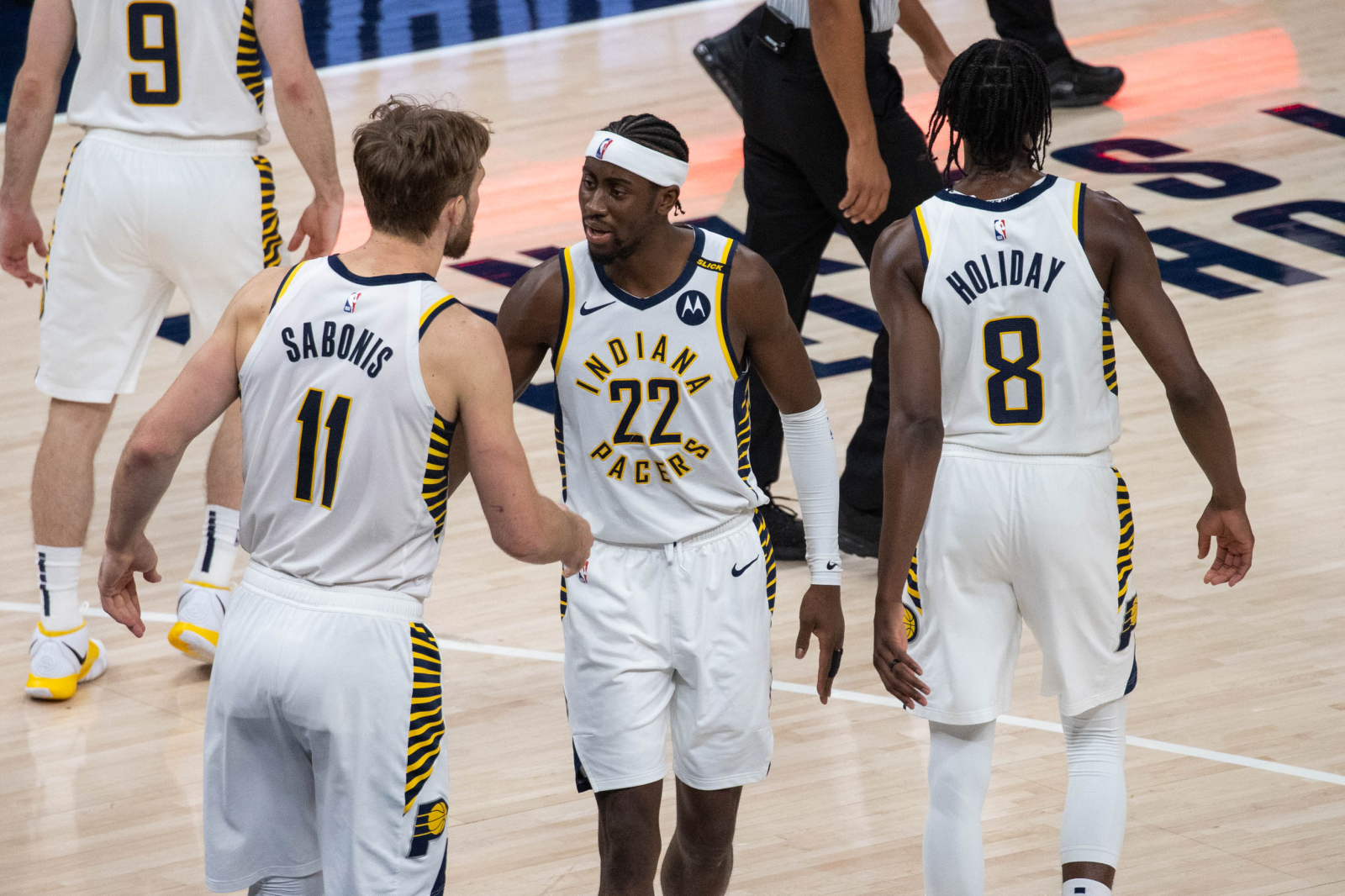 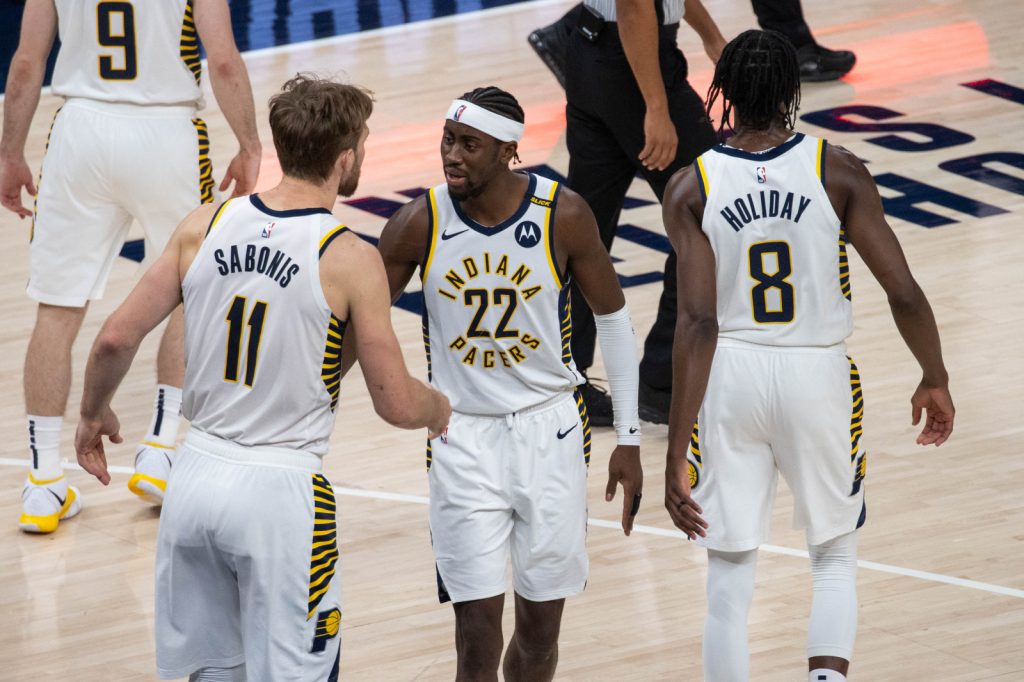 Many teams across the league are looking to add young, rising stars and key role players ahead of the NBA Trade Deadline. Fortunately, the Indiana Pacers have both young stars and valuable contributors and are in sell-now mode.

Indiana possesses a 19-34 record, ranking 13th in the East. A shell of the team that won 45 games in 2019-20, the Pacers desperately need to embrace their rebuild and trade any (and every) valuable player currently on the team. Let’s look at four players that should be on the trading block and potential fits among legit contenders.

Star forward Domantas Sabonis continues to punch the clock with consistent dominance. The face of the franchise is averaging 19.1 ppg on 58% shooting and 12.1 rebounds. His sheer force in the paint would be welcomed in all 30 locker rooms and his playmaking ability gives Indiana immeasurable value in trade discussions.

Indiana could take several routes in trading Sabonis, but one thing is obvious: trading Sabonis this season would jumpstart their needed rebuild. Trade partners such as Dallas and New York make the most sense.

Trading with Dallas would keep Sabonis out of the East and would give Indiana premier draft capital. A deal involving Maxi Kleber, Josh Green, and two first-round picks should be the minimum return for Indiana while the pairing of Sabonis with Luka Doncic would make Dallas true contenders in the West.

If not, the Knicks have young players that should entice Indiana. Both Obi Toppin and Mitchell Robinson have high upside and with a first-round pick attached, the Pacers would have added young talent to their roster and allow them to move off center Myles Turner down the road. (Due to a foot injury, Turner’s ability to be traded seems unlikely ahead of the deadline.)

LaVert has been tremendous since being acquired by Indiana a year ago. In 73 games in Indiana, LaVert has posted 19.3 ppg on 44% shooting along with 4.6 assists. Reports indicate the Pacers are looking for atleast two-first round picks in return for LaVert.

A potential trade with Cleveland makes sense for both teams and perhaps Indiana could add a younger, less expensive guard to play alongside Malcolm Brogdon.

The Cavaliers have been one of the league’s best stories this season, currently holding a 31-21 record and the fifth seed in the East. With the emergence of Darius Garland, Cleveland should consider trading guard Collin Sexton to acquire LaVert. The Cavs could trade Sexton and a first-round pick for LaVert with a trade exception allowing the deal to be finalized.

While LaVert and Sabonis are the marquee names, Indiana could gain even more assets with role players starting with TJ Warren. Warren has yet to play this season as he recovers from a foot injury that sidelined him in the 2020-21 season. In his last full season, Warren averaged 19.8 ppg on 53/40/82% shooting.

As Warren gets back to full health, Indiana would be wise to seek trade partners before the 28-year-old wing leaves for free agency. A trade with the LA Lakers makes sense, as they have been looking to move guard Kent Bazemore and are actively looking for shooting depth. Perhaps Bazemore and a second-round pick gets a deal done, with financial obstacles needed to be worked out.

Lamb has been out of the Pacers rotation this season, logging just 16 minutes per game. The 29-year-old guard has been unable to regain his footing since his first came to Indiana in the 2019-20 season (12.5 ppg on 45% shooting.) Although he appeared in just 36 games last season, he posted a career-best 40.6 3P%. Lamb’s scoring ability could pique some interest from contenders in need. His $10 million cap hit will make it difficult to trade him straight up but pairing him in deals with LaVert or Warren could be used to match salaries.

For a franchise that hasn’t won a playoff game since 2018, the team as presently constructed is nowhere near contending in the East. Indiana has two key players that could accelerate a rebuild and have several suitors willing to send assets in return.