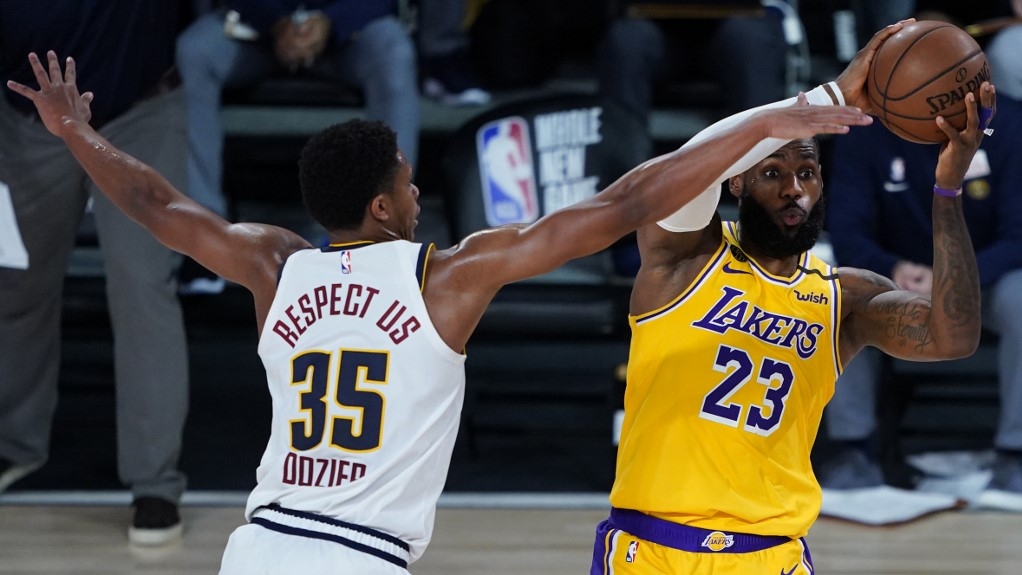 Before the bubble, who would’ve thought the third seeded Denver Nuggets would shock the world not just once, but twice in the same playoffs? After the team came back from a 3-1 deficit against the talented Utah Jazz in the first round, the gritty underdogs stunned the prohibited favorite Clippers in 7. Again coming back from 3-1 down. They are the first team to ever come back from such a deficit twice in the same postseason, so no matter what happens in the conference finals, the Nuggets’ 2020 campaign will go down in history.

The next stop for the Denver freight train is against the Los Angeles Lakers, who have been touted as “championship or bust” since the start of the 2019-2020 season almost a whole calendar year ago. The historic duo of Lebron James and Anthony Davis will be an entirely new beast for the Nuggets to conquer, and there is no chance these two allow for another catastrophic collapse like their fellow LA team. But, Denver can easily make this series very interesting.

Nikola Jokic has been one of the most impressive players the entire postseason, with his lumbering movements down the court paired with precise passing ability and incredible shooting range for a big man. At first glance, he doesn’t intimidate, but once he hits the court and establishes himself in the paint and from the perimeter, it is really hard to stop him. Jamal Murray, who lit up the Clippers for 40 points in Game 7 (outscoring Leonard and George as well), is a perfect guard to compliment the size and efficiency of Jokic. Their mentality of teamwork and “having fun” seems too simple to be successful, but it’s proven to work time and time again. Jokic allows for other role players like Gary Harris and Michael Porter Jr. to step up, but can also dominate if he needs to. The key to this series will be his ability to score on AD. Davis is an All-Defensive player and the best rim protector in the league, so the new “Fun Guy” will have his hands full all series long.

While Lebron James needs solid role players around him to be effective, the Lake Show runs through the King. Yes, having shooters like Kyle Kuzma and Danny Green allow for Lebron to facilitate rather than simply score, but the success of the Lakers, and their championship aspirations, fall onto James’ shoulders. The right hand man of Anthony Davis may be the best pairing he’s ever had on the court, and his output will decide this series as well. But the Lakers have been dominating so far behind the usual stellar play from James that we’ve all become accustomed to over the past 17 years. With their LA rivals falling in dramatic fashion to the Nuggets, the Lakers have a golden opportunity to raise banner 17 in a few short weeks. Lebron has to be locked in, as the Nuggets are never out of fight, but the King is a much better closer than either team Denver has faced. The Lakers win in 6, and Lebron gets a chance at his fourth ring in Orlando. – Stefan Joyce