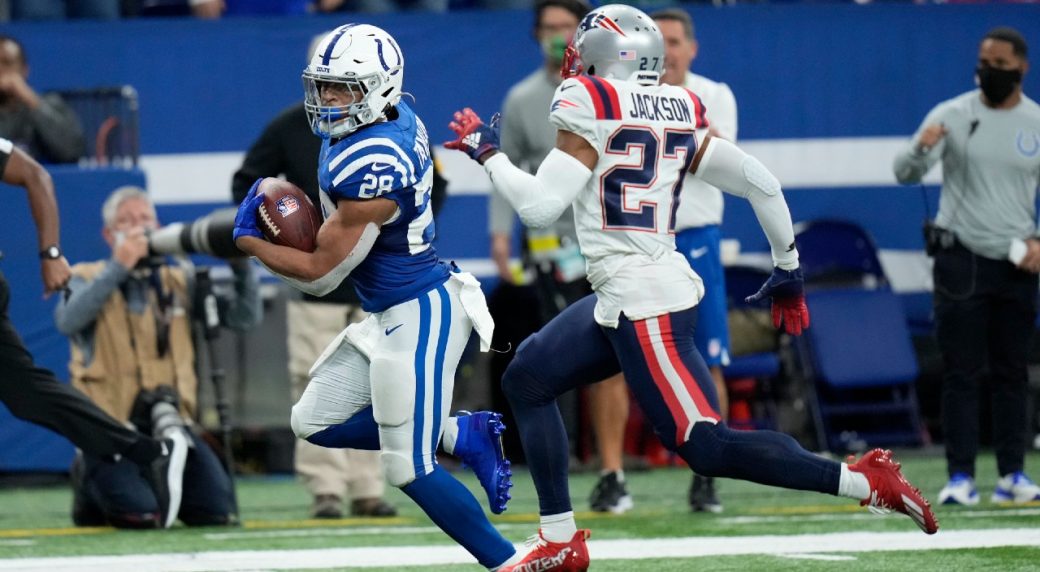 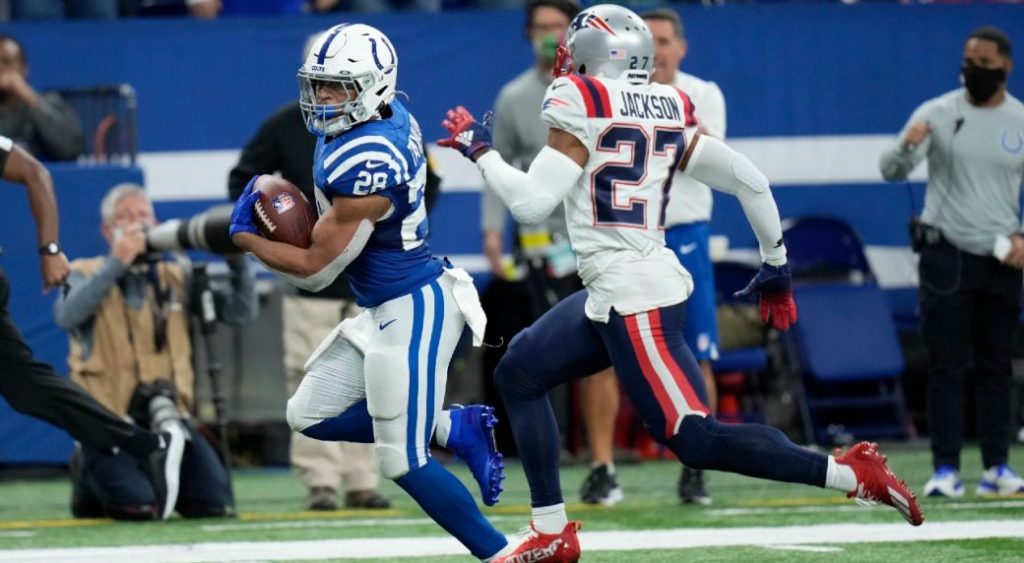 After a statement victory over the New England Patriots, the Colts are a serious contender to represent the AFC in the Super Bowl.

The Colts started off to a slow 1-4 start, as injuries piled up and new quarterback Carson Wentz adjusted to his new team. Since their blowout Week 6 victory over Houston, the Colts have won seven of their last nine games.

While Indianapolis’ defense has been tremendous with a league-leading 31 takeaways, the Colts turnaround has been due to running back Jonathan Taylor.

During this nine-game stretch, Taylor has averaged 132 rushing yards per game and racked up an incredible 15 rushing TDs. His MVP campaign gained notoriety after Indy’s 41-15 dominating victory in Buffalo against the Bills. With a heavy dose of their power run game, Taylor accounted for 204 scrimmage yards and five TDs.

If his five-touchdown performance gave his MVP candidacy notoriety, Taylor’s showcase last Saturday against the Patriots confirmed he belongs as the lead candidate in the MVP conversation. Taylor ran for 170 yards in Indianapolis 27-17 win over New England and his signature moment came when Indy needed him most.

With a 20-point lead quickly evaporating, the Colts need one first down with just over two minutes left to seal the game. On 2nd and 8, Taylor used one brief jump cut and took the handoff 67 yards. Taylor’s 67-yard TD run gave Indianapolis a commanding 27-17 lead and pushed the Colts one step closer to the playoffs.

Taylor has the luxury of running behind one of the best young offensive lines in the league yet his freakish athleticism, incredible ballcarrier vision, and breakaway speed give the Colts a deadly added dimension moving forward.

Taylor and the Colts head to Arizona for a Christmas night showdown against the 10-4 Cardinals. In a favorable matchup, Taylor will look to feast against a rush defense that ranks 17th in yards allowed and allow 4.6 yards per carry, which is 27th in the NFL.

For the Colts to get to where they want to go, the offense will ride on the back of Taylor and the run game. So far, Taylor has carried the freight and has Indy in position to win the AFC South.

As the Colts pile up victories and run the d**n ball, the MVP front-runner is clearly Jonathan Taylor.