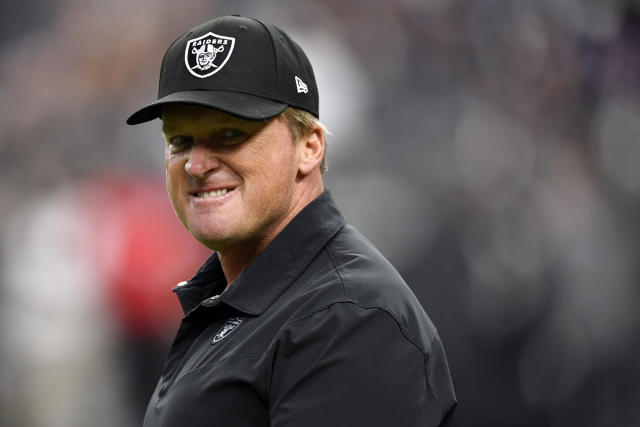 With his resignation, a few truths have come to light. One truth is strictly football related: Gruden’s tenure with the Raiders was a complete failure.

The Raiders lured Gruden back to head coaching after nine years out of the league. Gruden signed one of the biggest contracts in NFL, signing a 10-year, $100 million contract in 2018 which involved a no-trade clause.

It didn’t take long for Gruden to put his hands on the organization’s direction, trading away 2016 Defensive Player of the Year Khalil Mack to the Chicago Bears in exchange for two first round draft picks, a third-round pick, and a sixth-round pick. Those picks turned into running back Josh Jacobs, cornerback Damon Arnette, ad wide receiver Bryan Edwards.

Regardless of the players drafted, the Raiders lack of pash rush and abysmal defense from 2018-2020 was directly impacted by trading away the league’s best pass rusher. The finished bottom-three in the league in points allowed in both 2018 and 2020.

Shortly after the Mack trade, the Raiders traded away Pro Bowl wide receiver Amari Cooper to Dallas while not possessing a clear #1 receiver to replace Cooper’s production.

Gruden’s draft selections have often been reaches and have underperformed during his four years with the Raiders.

Overreaching for tackles such as Kolton Miller (in 2018) and Alex Leatherwood (in 2021) have left many scratching their heads. In 2019, Gruden drafted Clelin Ferrell (4th overall) and Johnathan Abram (27th overall). Ferrell has registered just 6.5 sacks and 18 QB hits in 30 games, while Abram has missed 18 games since being drafted.

Of course, we can give credit for Day 2 and Day 3 picks that have panned out, such as edge rusher Maxx Crosby and wide receiver Hunter Renfrow. But these huge swing-and-misses that occurred in the first round could set your franchise back years and will for the Raiders.

Additionally, trading two Day 2 picks and the ensuing saga with Antonio Brown left a stain on Gruden and the Raiders as an organization. Brown never played a snap for the Raiders and went on to win a Super Bowl title with the Buccaneers in 2021.

Swing and miss followed swing and miss, as the Raiders traded tackle Trent Brown to the Patriots for a fifth-round pick in March. Just two years prior, Brown signed a four-year, $66 million contract with the Raiders which made him the league’s highest paid offensive lineman.

On the field, Gruden and the Raiders never produced a winning season. Gruden finished his tenure with a 22-31 record, as the Raiders offense proved inconsistent along with a horrific defense.

Now in Las Vegas, the Raiders are no way better off as they were before they signed Gruden to his mega contract and arguably in a worse position for the years to come.