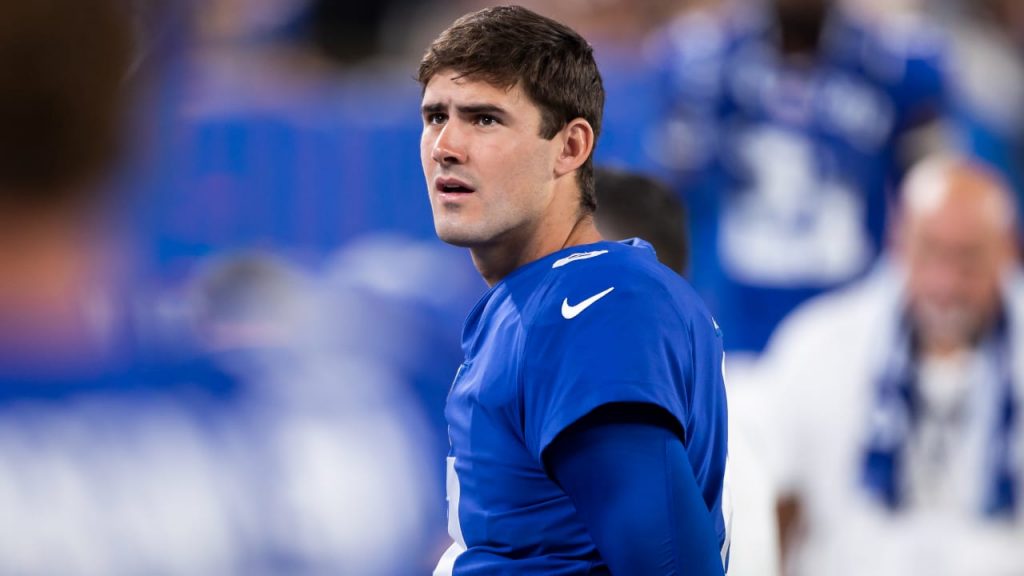 The New York football Giants will once again head into the offseason with more questions than answers. Their biggest question is what exactly to do with quarterback Daniel Jones.

Jones, 24, has been shut down for the season with a neck injury. After producing a 4-7 record and with a decision pending on Jones’ fifth-year option (approximately $21.4 million), the reality is that the Giants deserve better at the quarterback position.

In his first three seasons, Jones has shown flashes of being a starting NFL quarterback. Yet those flashes have come few and far between as he has racked up an abysmal 49 turnovers in just 38 games.

While his ball security has improved every season, Jones’ production in the air and in the redzone has diminished gradually as well. Through just 11 games this season, Jones threw for just 10 TDs and seven interceptions. With 2,428 passing yards and 41.8 QBR, Jones hasn’t presented a great case for the Giants to extend his fifth-year option.

The Giants would be wise to either upgrade the quarterback position or add true competition heading into 2022. An upgrade is on the table for Big Blue, as quarterbacks such as Russell Wilson and Aaron Rodgers have been rumored to leave their respective franchises next season.

New York is a perfect spot for either quarterback to want to play for and the Giants would become immediate contenders in the NFC. New York has two first-round picks in the upcoming draft, including the Chicago Bears first-round pick. Packaging both picks may be enough to land Wilson or perhaps even including Jones in the deal would make financial sense for both teams.

The Giants have several positions where upgrades are necessary. As Jones’ rookie contract enters year four, New York must decide if Jones is worth keeping around for $21 million. With better alternatives on the trade block and potentially in the 2022 NFL Draft, moving on from Jones should be considered.