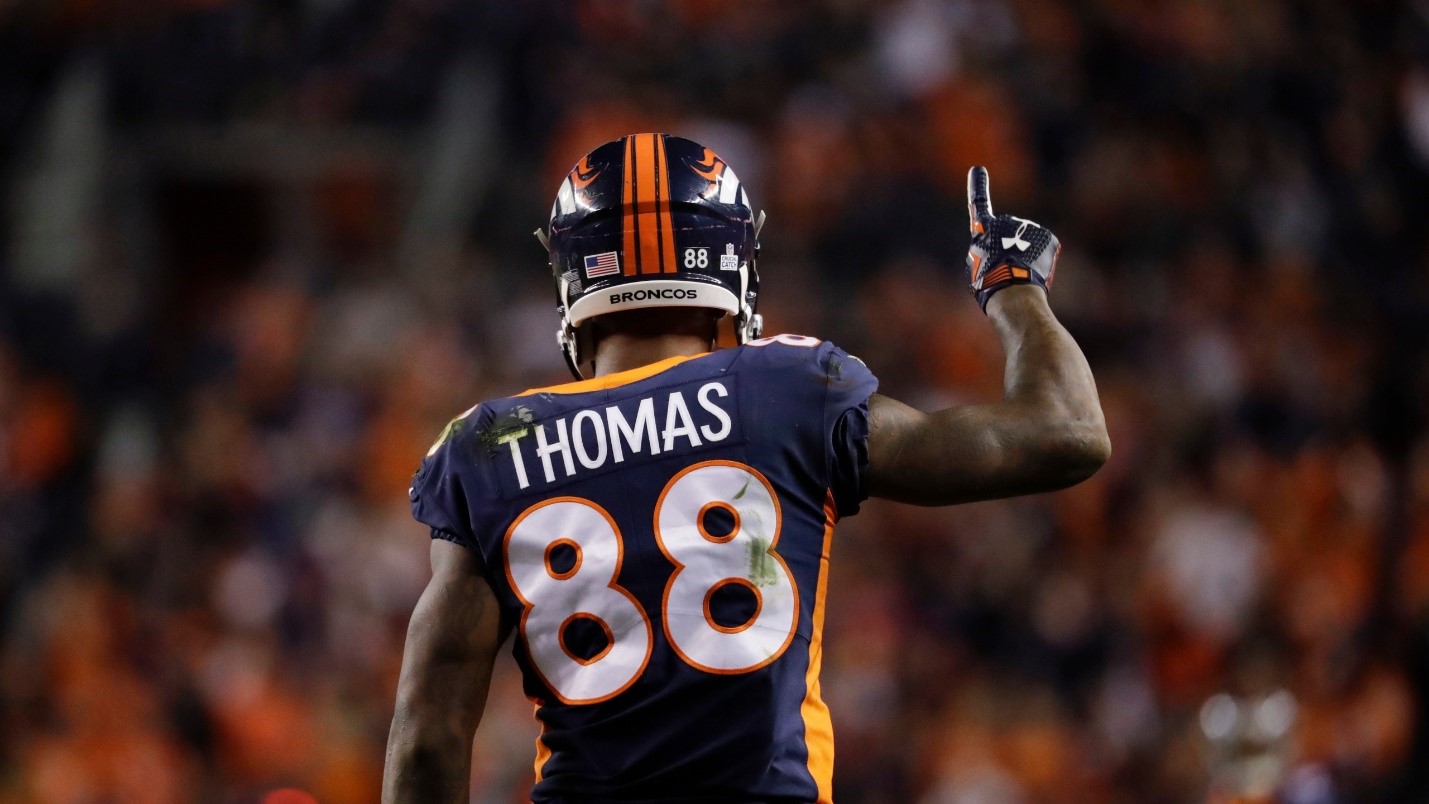 While details of his shocking death continue to be reported, the death of Thomas has crushed the NFL community. Thomas just recently retired in June, after a successful and memorable 10-year career.

In a Wild Card playoff game against the Pittsburgh Steelers, Thomas caught a 15-yard post from quarterback Tim Tebow and took it the distance in sudden-death overtime. Thomas’s 80-yard TD reception sent the Broncos to the AFC Divisional Round as he finished off his night with four catches and 204 receiving yards.

Following a playoff exit to the New England Patriots, Thomas welcomed a new quarterback into the locker room as the Broncos signed Hall of Famer Peyton Manning.

With Manning, Thomas enjoyed his greatest seasons as a pro. In their first season together, Thomas racked up 1,434 receiving yards and 10 touchdowns. He caught a career-high 14 touchdowns in 2013 and in 2014, set career-highs with 111 receptions and 1,619 receiving yards.

Beginning in 2012, Thomas produced five consecutive 1,000-yard seasons in Denver. Thomas’ big frame led to dozens of touchdowns and his availability proved crucial to Denver’s sustained success. Thomas played in every game from 2012-2017, racking up 51 touchdowns in the six-year stretch.

Thomas played in two Super Bowls games, including a championship victory over the Carolina Panthers in Super Bowl 50.

As Thomas wrapped up his career, he made pitstops in Houston and New England. While his production saw dips, Thomas’s locker room presence and “kindness” traveled everywhere he played. May he rest in peace.