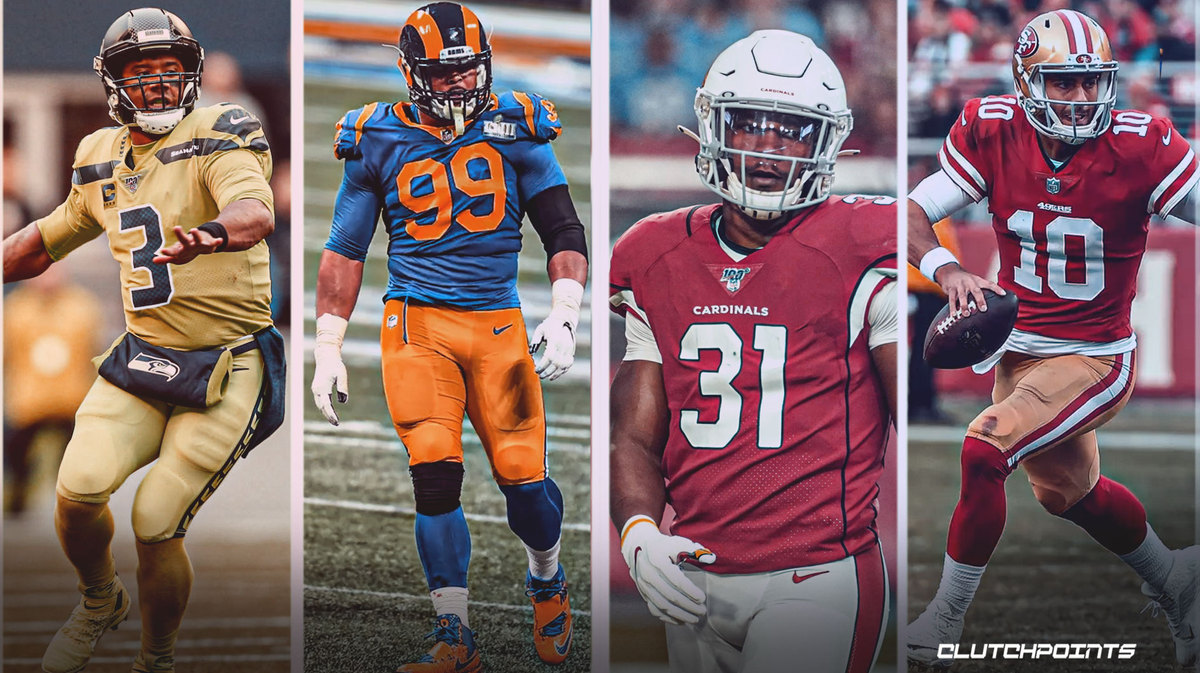 Just last season, Russell Wilson willed a hobbled and young team to a division round playoff appearance. He had a weak offensive line protecting him and minimal weapons to work with. His backfield was injured, and at the end of the day, it was a one man show. To start the 2020 campaign, the Seahawks did everything they could do to provide assistance to their star QB. Over the offseason, the team added four veteran lineman, including Brandon Shell and BJ Finney, as well as another in the draft to protect their most coveted asset. They added veteran tight end Greg Olson and WR Philip Dorsett II to give Wilson more passing options, and snagged Carlos Hyde to provide running support for the injury-prone duo of Chris Carson and Rashaad Penny. Injuries plagued the team in 2019 and held Wilson back from competing for a championship. But the development of DK Metcalf and Ricardo Lockette has been rapid and will continue to grow over the course of this season. On defense, Jadeveon Clowney is still holding out for a 20+ million dollar a year deal, but no team has matched his asking price. To combat his absence, the team brought back ex-Seahawks in Bruce Irvin and Benson Mayowa, who combined for 15.5 sacks in 2019. Seattle also shelved out the kitchen sink to trade for star strong safety Jamal Adams from the Jets. While he came at a hefty price, including the loss of starting cornerback Bradley McDougald, Adams could provide a Legion of Boom mentality to a transitioning defensive unit. Cornerbacks Quandre Diggs and Shaquill Griffin look to build off of their impressive play in 2019, and if the team can fight off the injury bug, the ‘Hawks have a good chance to knock off the defending NFC Champs for the division crown.

18 of the 22 starters who appeared in the Super Bowl loss to the Chiefs in February will be returning for redemption in 2020, but the defending NFC champs will have to battle the hangover of a gut-wrenching loss in the biggest game of their lives. The 49ers were able to retain most of their key positions over the offseason but lost DT DeForest Buckner to the Colts, OL Joe Staley to retirement, and WR Emmanuel Sanders to NFC rival New Orleans. While those players were integral to their Super Bowl run, the front office did a commendable job in replacing those roles during the offseason. They traded for veteran lineman Trent Williams and used their two first-round picks on DT Javon Kinlaw and WR Brandon Aiyuk. The trio of Aiyuk, who led the nation in YAC (11.1), Kittle, and Samuel will give Jimmy G a strong arsenal of weapons to utilize. While Samuel did break his foot in June, the team is optimistic he will be ready and effective come Week 1. San Francisco also brought in TE Jordan Reed to back up the highest-paid tight end in NFL history in George Kittle, and although Reed has battled injuries almost his entire career, he can be a serviceable backup for the rich tight end. The three-headed monster of a backfield is no longer, as Matt Breida departed for Miami this offseason. Yet, Raheem Mostert and Tevin Coleman can still be a dominant duo, as they’ll be relied on heavily to relieve pressure off of Garoppolo. While the gang may be primarily returning for another crack at a ring, the weight of two straight Super Bowl appearances weighs heavy on players, and though I think they will sneak in as a Wild Card team, the devastating loss to the Chiefs will prove to be too much down the stretch.

The Cardinals are starting to heat up in Arizona, and the young team is primed for a bounce-back year. With QB Kyler Murray continuing to grow and improve his game, he could take a jump into the MVP conversation, just like Lamar Jackson and Patrick Mahomes did in their sophomore seasons. The return of legend Larry Fitzgerald, along with the blockbuster trade for All-Pro wideout DeAndre Hopkins, pairs two explosive talents on both sides of Murray to exploit defenses all year long. Kenyan Drake, the dynamic running back who had a breakout season in 2019, returns to the backfield and provides Murray with another option to turn to. By resigning DJ Humphries, the offensive line remains stout, which is integral to the success of Kyler Murray. The main concern for the Cardinals surrounded their defensive efforts in 2019. The unit ranked last in total yards per game (402) and dealt with the suspension of cornerback Patrick Peterson to start the year and the loss of Robert Alford due to a leg injury in training camp. Alford tore his pec in training camp just a few weeks ago and is predicted to miss another full season. Yet, bringing free agents like Jordan Phillips from the Bills, Devon Kennard from the Lions and De’Vondre Campbell from the Falcons will hopefully provide a much-needed spark to the lackluster defensive performance a year ago. The Cardinals were gifted with athletic freak Isaiah Simmons in the draft, who surprisingly fell all the way to eighth overall in May. He was the steal of the first round, and his pure talent could help the Cards make some serious noise in a crowded NFC playoff picture.

2020 is a fresh start for the Los Angeles Rams. A new stadium, new uniforms, new logos, and even two new coordinators. Yet, since taking the league by storm in 2018, the Rams have more questions than answers entering the new decade. With the release of Todd Gurley, trade of Brandin Cooks, and losing Dante Fowler Jr. and Cory Littleton to free agency, the team had many glaring holes to fill during the offseason. But instead of fixing the gaps on the field, the Rams brought in their first OC since 2017 in Kevin O’Connell and moved on from beloved DC Wade Phillips and replaced him with Brandon Staley. These coaching decisions may impact the team, but the gaps left in those positions won’t fix themselves. With Cooks being traded, super sub Josh Reynolds will have a chance to join the duo of pass catchers in Cooper Kupp and Robert Woods, while the two tight end set, featuring Tyler Higbee, will continue to be a popular game plan for McVay this season. Gurley’s departure comes as no surprise, but the team did not replace his production directly, as the backfield will be run by committee. Defensively, the loss of Fowler Jr. and Littleton are huge blows to an already inconsistent unit, and Los Angeles did nothing to replace those players in the depth chart. In the end, all the pressure is on Jared Goff to live up to his massive contract extension he signed last fall, because consistency is his, and the entire team’s, worst enemy.