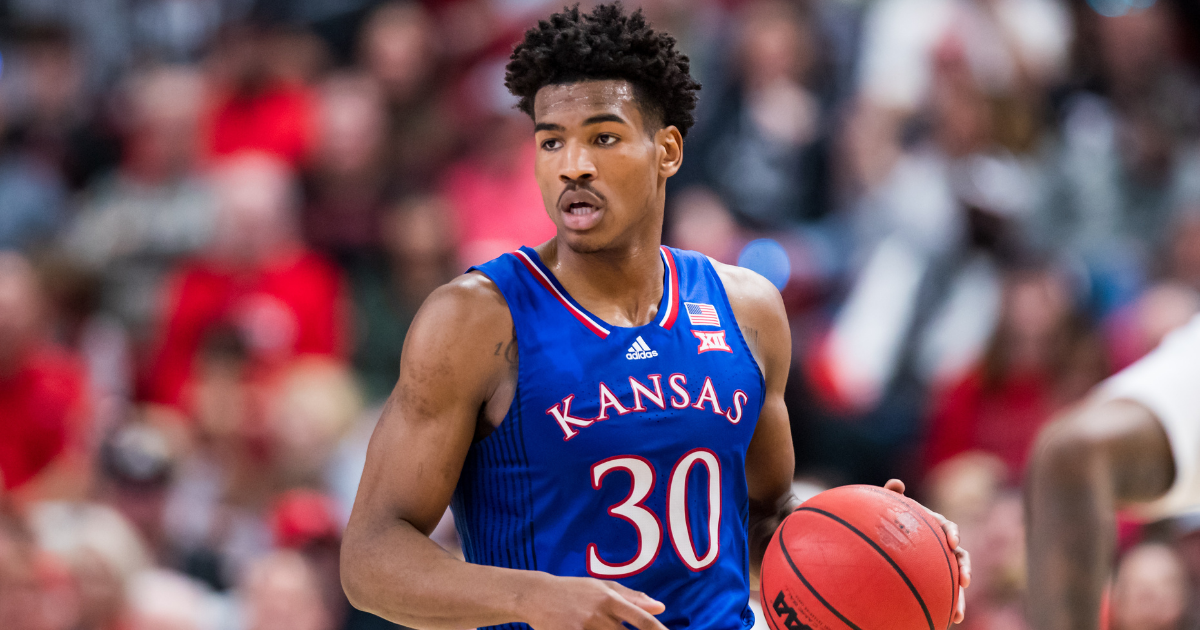 With March Madness less than three weeks away, the collection of dangerous teams with championship aspirations are seemingly endless. With several legit contenders ready to make a splash, let’s look at a talented squad from the Big-12.

The #5 Kansas Jayhawks are coming off an impressive 102-83 win over Kansas State. The Jayhawks shot 64% during the win and made 15 three-pointers on 23 assists. The victory was just the second time in school history that Kansas scored 100 points against their in-state rival Wildcats.

Kansas (23-4) is atop the Big 12 with an amazing 12-2 conference record. Their two conference losses came on the road, against both #9 Texas Tech and #20 Texas. Since their loss to Texas, Kansas has handled their business by winning four straight games.

The Jayhawks are led by guard Ochai Agbaji, who is averaging 20.2 points on 51% FG and 44.5% from three. Agbaji is the clear front-runner to win the Big 12 Player of the Year. His lethal three-point shooting, ability to create off the dribble, and leadership will be tough to contain in any game moving forward.

The Jayhawks have two productive forwards in Christian Braun and Jalen Wilson to pair with Agbaji. Braun has vastly improved his shooting from a season ago, improving his points per game (15.2) and three-point shooting (34.7%) from a season ago. Wilson has been a force on the boards, averaging 7.2 boards per game.

Another player to watch for Kansas is guard Remy Martin. Martin transferred to Kansas after playing four seasons at Arizona State. Martin has struggled to make his impact with the Jayhawks so far this season, but he’s only a year removed from averaging 19.1 points per game with the Sun Devils.

To secure the Big 12 title, Kansas has a huge test upcoming on the road against #8 Baylor this Saturday. The Jayhawks handled Baylor in their first matchup, with a sounding 83-59 victory. However, this time around there is no doubt the Bears will have a chip on their shoulder, with redemption and a chance of their own to win the Big 12.

If Kansas can take care of Baylor, their chances of winning the Big 12 would be all but wrapped up. Led by Agbaji, the Jayhawks can play in any arena and come out with the victory.