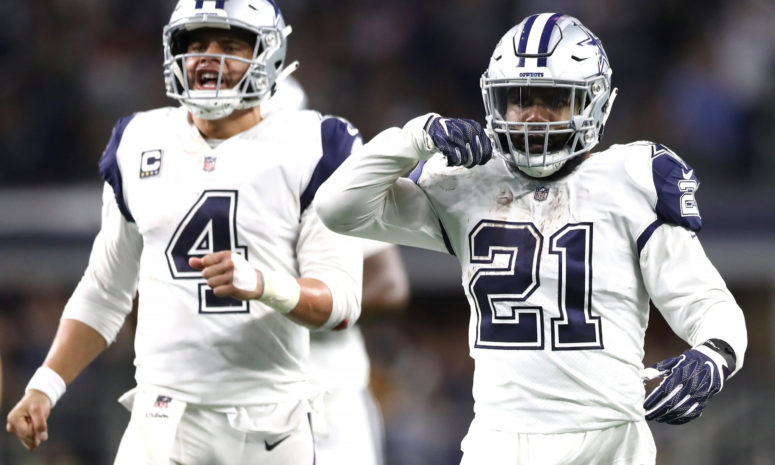 Goodbye Jason Garrett, hello Mike McCarthy. After pulling the plug on the long-standing head coach in January, Jerry Jones made the switch to offensive-minded McCarthy, who hopes to turn Dak Prescott’s franchise tag year into a successful one. With McCarthy’s playoff experience, the team should be primed to take hold of a two-team race in the NFC East. While the offensive duo of Amari Cooper and Ezekiel Elliot are already proven weapons for Prescott, the addition of CeeDee Lamb, the most lethal wide receiver in the 2020 draft, will put the ‘Boys over the top offensively. Defensively, a similar squad from the 2019 campaign returns, but the signing of defensive lineman Everson Griffen solidifies the trenches and brings a veteran influence to the young locker room in Dallas. The Eagles are the only threat to the Cowboys in the division, but the Great Wall of Dallas and the offseason moves will put them back in the playoffs.

After a disappointing 17-9 loss to the Seattle Seahawks in the playoffs last year, the Eagles look to rebound in 2020. The health of Carson Wentz is the team’s number one priority and aimed to surround him with more talent heading into the season. Three draft picks were used on wideouts, but the departure of Marquise Goodwin is a huge blow to the offensive capabilities of the team. Wentz still has DeSean Jackson and Zach Ertz to rely on, but he will need another weapon to step up and produce. And, with no more Jordan Howard, the backfield will have to take some of the pressure off of Wentz in order to succeed. On the other side of the ball, the addition of Darius Slay will give the secondary a much-needed boost, but with the loss of Malcolm Jenkins, the defensive unit will be searching for a leader to emerge. The injury bug has hit the Eagles over the past two seasons, and in order to sneak in as a Wild Card, the team will have to stay healthy across the board to have a shot.

Welcome to Washington, Chase Young. After grabbing the highest-rated defensive player in the nation with the second overall pick, Washington cemented their franchise player for years to come. Young is a physical specimen, as he bullied his way to a Heisman finalist at Ohio State University. The lethal edge rusher will strike fear in every offensive line he faces, but will it be enough to turn the abysmal franchise around? Not in one year, but by bringing in head coach Ron Rivera to take control of the operation, the team will start a serious rebuild this year. With a completely new approach and brand new coordinators on both sides of the ball, Washington is entering a tall task ahead. While the defensive line has five first-round picks to show off, the offensive line is falling apart at the seams. After losing veterans Erek Flowers and Trent Williams, Rivera must conjure up a plan to protect their supposed starting quarterback, Dwayne Haskins. The team picked up a surprise star from 2019, QB Kyle Allen, to give Haskins some pressure during training camp, but in order to double their win total from a year ago, Haskins will have to play at a much higher level.

Big Blue is still a big mess, and as their 2020 campaign is about to begin, there are more questions than answers at MetLife. The franchise has lost 11-plus games for three straight seasons, so GM Dave Gettleman turned to 38-year-old Joe Judge to provide the spark in this long-term rebuild in New York. Yet, passing up on stud athlete Isaiah Simmons with the fourth overall pick was a head-scratcher, and wasn’t the best first impression for the ex-special teams coordinator. Andrew Thomas, the offensive lineman taken third overall, will help bolster the line that struggled to protect Daniel Jones last season. While the team is excited about his potential, the departure of veteran Nate Solder could hurt the unit as a whole. Saquon will be Saquon, but will Golden Tate, Sterling Shephard, and Darius Slayton be reliable for 16 games? But offense isn’t the biggest problem for the G-Men, it’s their defense. It’s been horrid the past two seasons, and while the team picked up experienced players like Blake Martinez and James Bradberry, they will be tested all year, and ultimately be the deciding factor of how successful their season turns out to be.