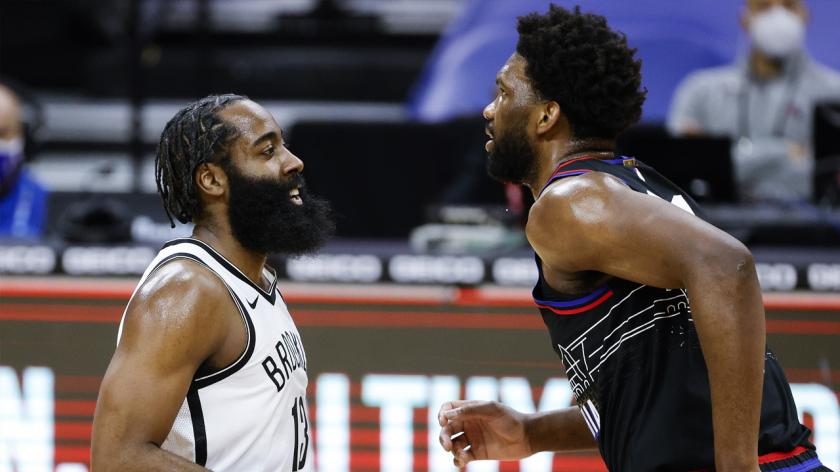 While the 76ers sent away valuable draft picks and shooting in Seth Curry, there’s no denying general manager Daryl Morey made a trade that helps Philadelphia right now. (Shortly after the trade became finalized, Harden opted in to his 47.3 million player option for next season.)

Sure, Morey and the 76ers wanted a haul of assets in return for Simmons, who has yet to play this season. David Aldridge of The Athletic reported back in August that “the Sixers are seeking control of at least four future first-round picks via direct trade or pick swaps, along with an All-Star-level player in most (but not all) scenarios.”

The fact of the matter is that Simmons’ trade value diminished throughout the season due to inactivity and his distancing from the Sixers organization. (Simmons cited mental health issues to why he has been away from the team, although he seems ready to join the Nets in Miami as they begin their road trip.)

While Philadelphia actually gave up assets to rid themselves of Simmons, they did so by keeping two young promising role players which help them contend right now.

Tyrese Maxey, 21, has seen a spike in production this season as he’s averaging 16.9 points and shooting 39.8% from three-point range. His ability to fill it up has been a huge asset for Philly, as Maxey has scored 25+ points in six games this season.

Matisse Thybulle, 24, is one of the best wing defenders in the league. According the BBall Index, Thybulle ranks first in the NBA in on-ball defense as the point-of-attack defender. Simply put, Thybulle ranks top of the league on the league’s toughest matchups.

When you look at the trade from a high rise, the 76ers surrendering two first-round picks is much better than surrendering Maxey or Thybulle. Future draft picks do not guarantee production and for the two players still in Philadelphia, their production is hard to duplicate.

Philadelphia can drop Harden into the starting five and immediately expect results. With the Nets circus involving Kyrie Irving still ongoing and the injury to Kevin Durant, Harden’s motivation and on-court production dipped. Now, Harden gets to play with star big man Joel Embiid. Embiid is on his way to his first MVP award, averaging 29.4 points, 10.9 rebounds, and 1.4 blocks per game.

Embiid’s game will only improve with Harden, as we’ve seen what the latter has done with far-less talented big men such as Clint Capela and Dwight Howard. Shooters such as Maxey and Tobias Harris will open the floor up for Harden to get back to his facilitating ways. And keeping Thybulle will maintain the 76ers strong defensive blueprint.

The league better watch out. The 76ers are fully loaded and dangerous.