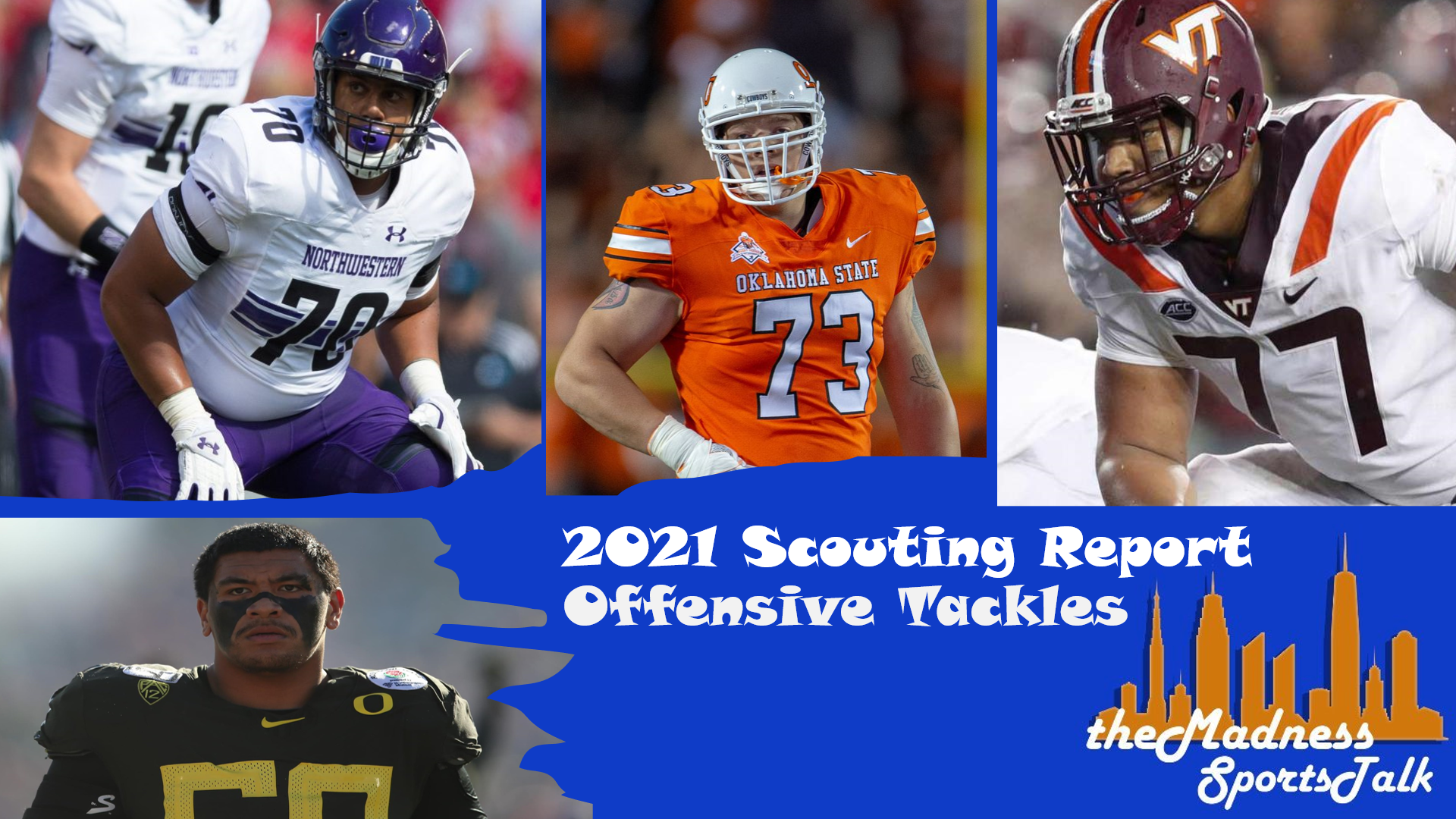 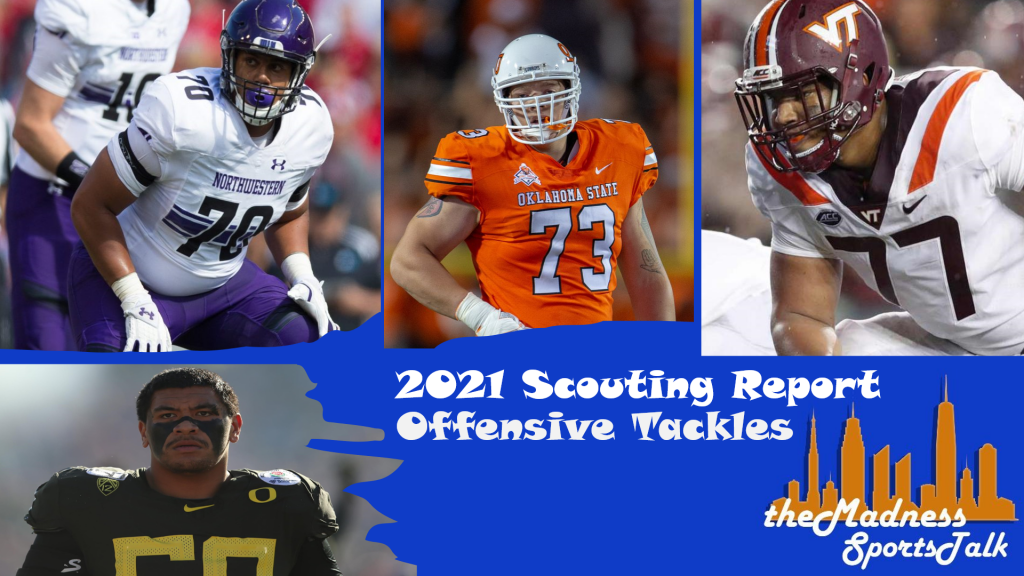 With the NFL Draft less than 50 days away, top players at each position are looked at under the microscope as teams look for every reason to draft (or not to draft) certain players. Whether a player is atop the rankings at his position or an unknown rising star, I break down the tape and project each player’s path as they move on to the NFL.

Let’s take a look at the offensive tackles available in the upcoming 2021 Draft. 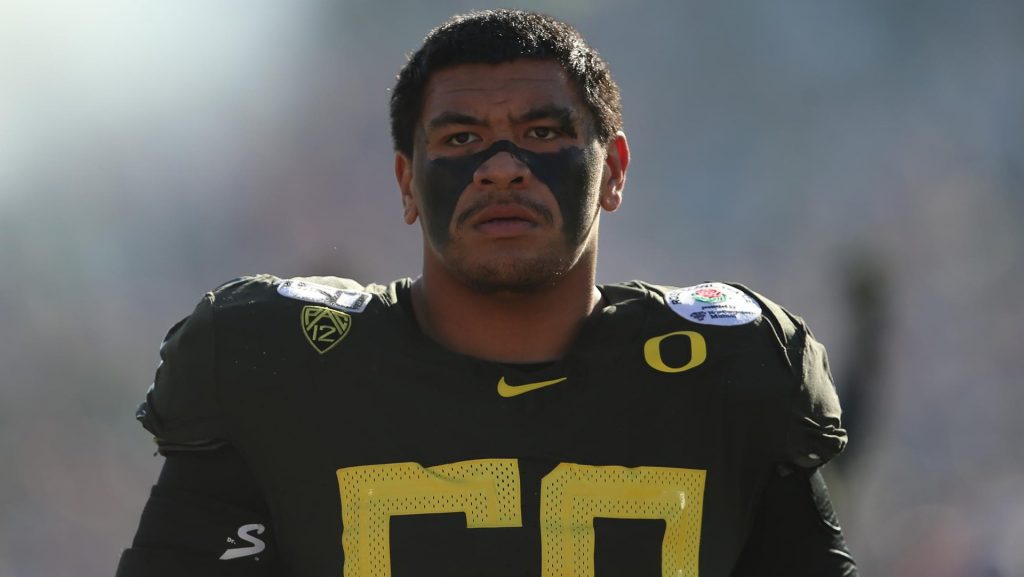 Athletic run blocker with the physical ability to maul defenders. Although an above average pass blocker, Sewell’s footwork has room to grow as he heads to the NFL. After sitting out the 2020 season due to Covid-19, it’s incredible to point out that much of his 2019 tape showed his dominance at just 19 years old. Some pass plays, Sewell seemingly plays a bit high but it’s nothing that can’t be coached at the next level.

The Sky is the limit for Sewell, the most polished lineman in the draft. 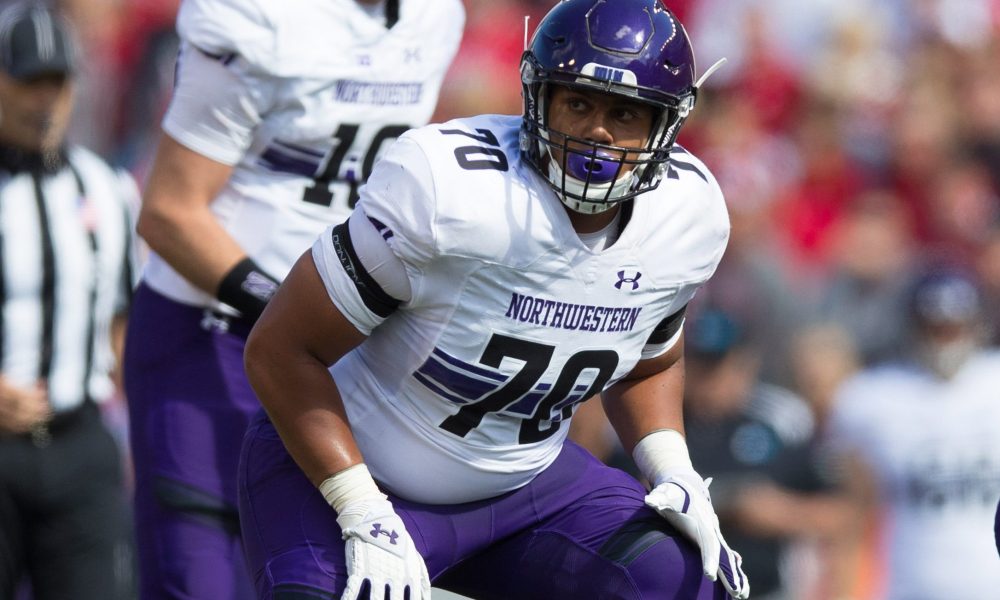 Flexible, patient pass blocker with an incredible ceiling. Slater will wow scouts with his athletic superiority, but his tape stands out the most. Look no further to a date with Chase Young at Ohio State in 2019. His footwork and body control is impressive to watch and his IQ in the run game, along with smart, timely cutoff blocks, will transfer well to the NFL. 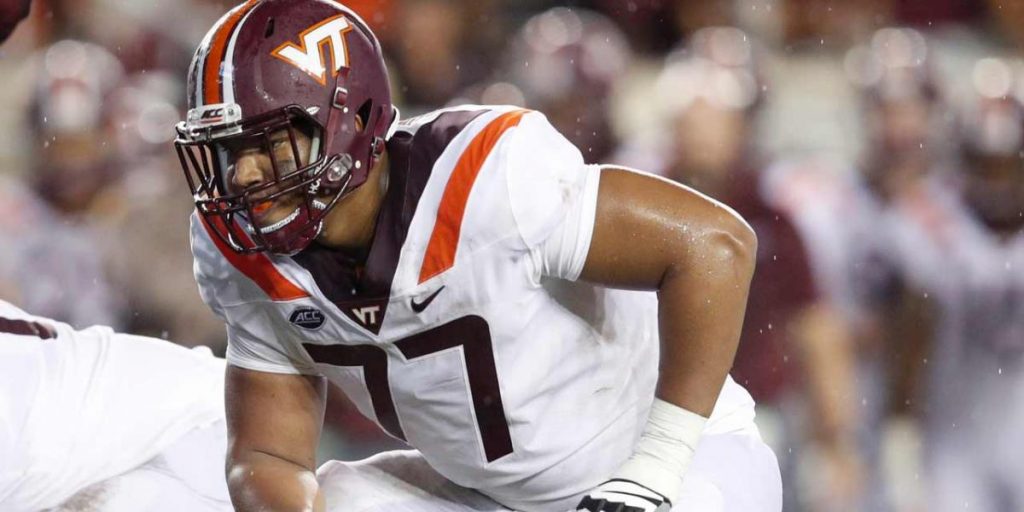 Strength, strength, and more strength. An elite zone-run blocker that has the intangibles to become the second-best tackle of the group. His nose for defenders makes him a dominating force along the offensive front and if added to a run-heavy scheme, Darrisaw could become an All-Pro tackle soon enough. Darrisaw could utilize more of his devastating power on a down-to-down basis, but there’s no doubt his quickness is up to par with his strength. Footwork has room for growth and there is concerns on his motor during games. 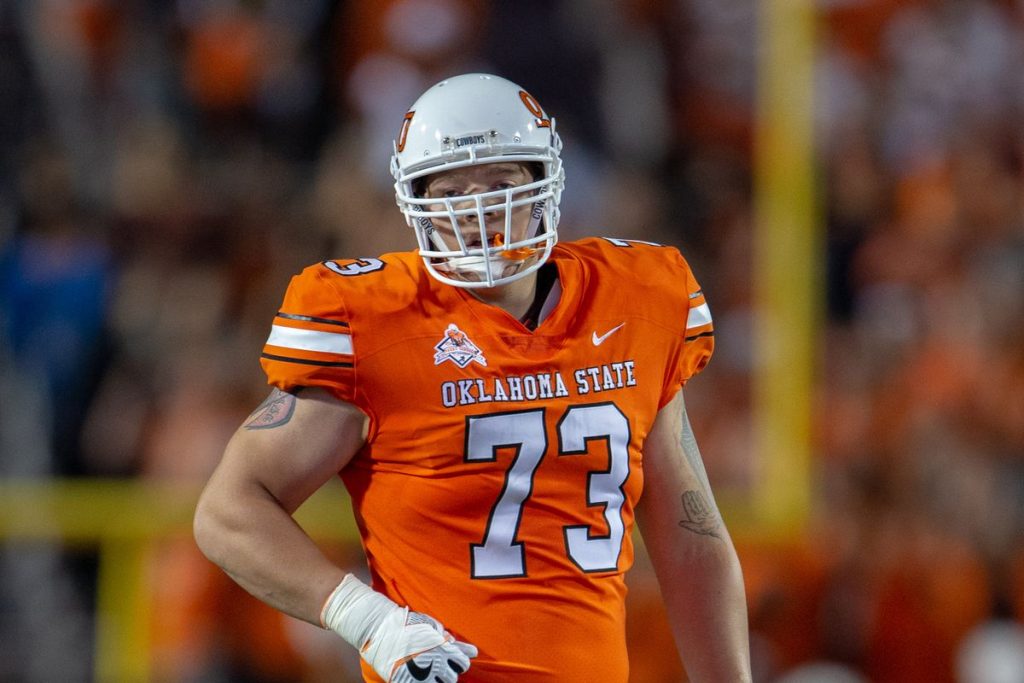 Jenkins is a versatile, durable lineman with a mean streak to finish defenders. During his time at Oklahoma State, Jenkins played all across the line in a career that featured 35 starts. His sheer size and strength make him a nightmare for opposing defenders, but Jenkins’ quickness and athleticism is average at best. Quicker defenders who can get passed the initial punch can beat Jenkins off the edge so footwork and quickness will have to be improved to make a difference on the next level.

Perhaps Jenkins would serve better as a right tackle in the pros.

A massive, athletic tackle who’s been battletested in the Big-10 the past two seasons. Although Mayfield sat out after two games in 2020 due to a high-ankle sprain, his durability is not much of a question mark. Mayfield started 13 games at right tackle in 2019 and steadily improved week-to-week in a dangerous conference. Mayfield had impressive moments against elite edge rushers such as Chase Young, Yetur-Gross Matos, and Julian Okwara. His technique vastly improved in the small sample size of 2020, but Mayfield’s versatility and athleticism will be a valuable asset in the NFL.

Another Notre Dame lineman ready to start Week 1 in the NFL. Eichenberg excels in the rushing attack, as his production downhill paves massive holes for running backs. Eichenberg possesses great use of hands and his ability to outsmart over-leveraged defenders can always pay dividends at the next level. Scheme fit will dictate where Eichenberg is drafted, but a team in need of a Day 1 starter will certainly take a hard look at Eichenberg.

Other lineman to watch:

An experience, savvy veteran that plays with more of his mind than his strength. Although his lighter frame makes him quicker in the run game, Cosmi will have to improve his strength at the next level. At 6’7, Cosmi has trouble getting under defenders and working on leverage will be key to his progression as a pro.

A mammoth tackle with the uncanny ability to overpower every type of defender. Leatherwood’s power is his greatest trait, yet issues arise with his lower-half and footwork. While his experience is an advantage, Leatherwood had the benefit of playing with elite offensive lineman at his time at Alabama (Landon Dickerson, Deonte Brown, and Jedrick Wills in ’19) which surely covered up some deficiencies in his own game.

Click here for a scouting report on interior offensive lineman or check back to the Madness for scouting reports on every position in the upcoming NFL Draft.